Once upon a time, the Boston Red Sox had serious concerns about their starting rotation. And while some questions still linger, they’ve done a lot over the last eight games to quiet the noise.

David Price was the latest Red Sox starter to deliver Thursday night, holding the Baltimore Orioles to three runs over seven innings in a 5-3 win at Camden Yards. The left-hander picked up the victory, meaning he’s now 8-0 with a 2.86 ERA over his last nine starts and seemingly hitting his stride at the perfect time after his early-season struggles.

“He was able to mix both sides of the plate very well after he settled down,” Red Sox manager John Farrell said of Price, as aired on NESN’s “Extra Innings LIVE.” “He might have been more powerful in some previous starts, but against a predominately right-handed hitting lineup… Another very strong outing for David Price.”

Price’s quality start wasn’t an anomaly. During a four-game sweep of Baltimore, Boston’s four starters each limited the Orioles to three runs or fewer while lasting at least six innings. In fact, Red Sox starters haven’t allowed greater than five runs in any contest over their current eight-game winning streak.

“They’ve been setting the tone — maybe with the exception of one turn through the rotation — in a consistent manner,” Farrell added. “To see (Eduardo) Rodriguez bounce back as he did, to see Clay (Buchholz) bounce back the last couple of starts… It begins and ends with starting pitching. As long as we’re able to keep the game under control, we like the way we’re able to build some innings offensively.”

The Red Sox have the best offense in baseball, so if they can get decent production from their rotation, they’re usually in good shape. With Rick Porcello in the heat of the Cy Young Award race, Price staying hot and Buchholz and Rodriguez figuring things out, Boston’s starters are meeting that benchmark and then some.

— With all due respect to MVP candidates David Ortiz and Mookie Betts, the Red Sox’s hottest hitter is at first base.

Hanley Ramirez hit another home run Thursday, giving him 10 in the month of September and 29 on the season. He also drove in two runs to move to 109 RBIs and has 61 RBIs since the All-Star break, the most in Major League Baseball.

— Ortiz made history in his final appearance at Camden Yards. His bases-loaded walk in the second inning was his 122nd RBI of the season, moving him past Shoeless Joe Jackson for the most RBIs by a player in his final season.

Big Papi also received a nice standing ovation from the Orioles’ crowd after singling in his last regular-season at-bat in Baltimore.

— After entering the series with just a three-game lead in the American League East, the Red Sox now hold a 5 1/2-game cushion over the second-place Toronto Blue Jays and six-game advantage over the Orioles.

Their magic number is five to clinch the AL East and four to clinch a playoff berth with just nine games remaining in their regular season.

— Baltimore has plenty of hope for the future in Trey Mancini. The 24-year-old prospect hit his second home run in as many MLB starts Thursday, putting him in a class all by himself in Orioles history.

— Steven Wright threw from 60 feet before Thursday’s game in the latest step in his rehab from a right shoulder injury. He’s scheduled to throw a bullpen Sunday in Tampa after throwing sessions Friday and Saturday, and Farrell isn’t ruling out his knuckleballer possibly pitching out of the bullpen in the postseason.

“Just off the top of your head, you’d say yeah, just because of the number of pitches he might be capable of,” Farrell said, via MassLive.com. “But the biggest thing we’ve got to determine is if he’s ready for that next step of intensity, and that’s still to be had.” 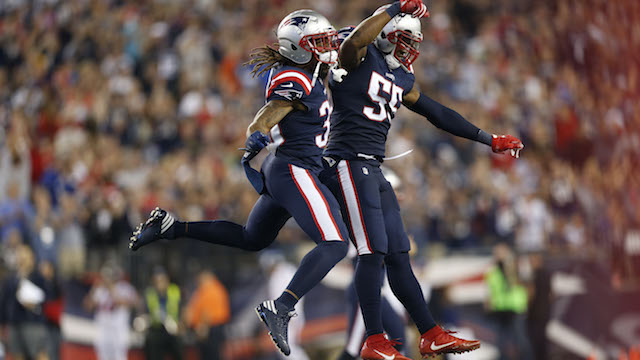 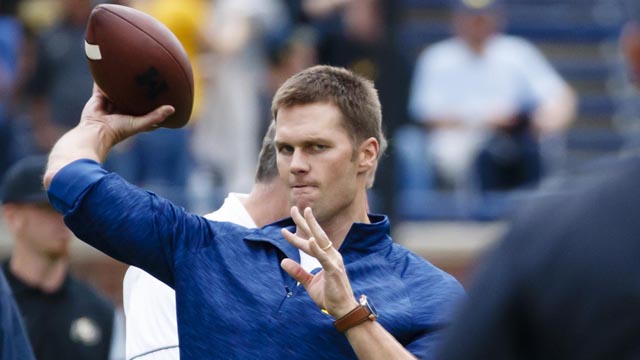