The Boston Red Sox are 2016 American League East champions. What a difference a year makes, huh?

In reality, it’s hard to say how much more important one person or one thing is than another. Baseball is a game centered on individual performances, but success over a 162-game season is more the sum of the parts than anything else.

But it’s Sept. 29 and there are four relatively meaningless baseball games left before the most important games, so we figured we’d kill some time before the American League Division Series by ranking who’s most responsible for the Red Sox’s dramatic turnaround. This is very, very unscientific and you’re all entitled to your own opinion. Duh.

Honorable mention: Ben Cherington
One of the biggest reasons for Boston’s 2016 success (perhaps the biggest) is the actualization of young talent. Mookie Betts, Jackie Bradley Jr. and Xander Bogaerts took giant steps in their careers, and it’s no coincidence the Red Sox are division champions. Cherington easily could have traded any or all three — especially during the darkest days of his tenure — but he stayed committed to the future, and the Red Sox now have their young nucleus for years to come. Oh, and maybe the acquisitions of Hanley Ramirez and Rick Porcello weren’t so bad after all.

Honorable mention (part two): Brian Bannister
The Red Sox added Bannister, a pitching instructor, to the coaching staff on July 5. The Red Sox went 46-29 after that, and the pitching greatly improved. As ESPN.com points out, Boston’s team ERA before Bannister joined the staff was 4.48 ERA. After he joined the staff? 3.50. We’re guessing that’s not a coincidence.

7. David Price
Did Price live up to expectations that come with a $217 million contract? He’ll probably be the first to tell you he didn’t. Are there still questions about his postseason effectiveness? Probably, yeah. But at the very least, Price was a workhorse who took the ball every turn through the rotation. Don’t undersell how much that does in solidifying the staff. And while he certainly isn’t finishing the season on an exceptionally strong note, Price has a 9-3 record dating back to July 10, and the Red Sox are 10-6 in his starts. That run just so happens to coincide with the time the Red Sox turned things around.

T-6. Xander Bogaerts/Steven Wright
We couldn’t leave either of these guys off the list, but it’s probably a stretch to put either any higher for a variety of reasons. While Bogaerts’ production dipped in the second half, he was one of baseball’s toughest outs in the first half of the season. That was especially true in May, hitting a ridiculous .395 with a 1.017 OPS to pace a Red Sox club that won 18 of 28 games. Wright, meanwhile, hasn’t pitched since Aug. 31, but he went 12-5 with a 2.67 ERA in his first 19 starts of the season, starring when there was plenty of uncertainty in the rotation. The first half of the season counts just as much as the second half, ya know.

5. John Farrell
Have there been times this season where Farrell makes an in-game decision that makes you scratch your head? For sure. But we sometimes forget or neglect the fact that it’s really hard to win baseball games, and the Red Sox have 92 wins with a few games left to play. Farrell has kept this team on an even keel, and that can’t be overlooked in a city like Boston. You saw Wednesday night in his de facto celebratory clubhouse toast that he has a real impact on those players.

4. Dave Dombrowski
The Red Sox hired Dave Dombrowski on Aug. 18, 2015. Their record since that day is 118-84, good for a .584 winning percentage. Something immediately changed after the Red Sox hired the longtime baseball executive, and for the most part, he’s made the right calls. He went out and got an ace (Price) and closer (Craig Kimbrel). We can debate the price (no pun intended) he paid for those acquisitions, but both made the team better in 2016. He also deserves credit for what he did to bolster the bench and the bullpen. The Chris Young signing is underrated. Acquiring Aaron Hill gave the Red Sox some needed depth, and he basically stole Brad Ziegler from Arizona, who’s been a crucial bullpen arm down the stretch. The jury’s still out on Drew Pomeranz, but if he gives the Red Sox any sort of valuable work in the playoffs, giving up prized prospect Anderson Espinoza will hurt a little less.

3. Rick Porcello
You know that contract extension everyone was all up in arms about last season? Yeah, well Porcello at $20 million, especially given the financial landscape in baseball as it pertains to pitching, now seems like a bargain. You can make a legitimate claim for Porcello as the American League’s Cy Young Award winner. The 27-year-old is having a career year. He leads baseball in wins, is third in WHIP, sixth in innings pitched, first in strikeout-to-walk ratio and ninth in FIP. But in a season in which there were questions about Red Sox pitching, Porcello was good just about every time out. He’s pitched into the seventh inning in 23 of his 32 starts and has reached the seventh inning in every start since July 4. For this season, at least, he’s the ace, and he’s the guy Red Sox fans will want to see on the mound in a big spot in October.

2. David Ortiz
What else is there to say? Ortiz just posted the best final season in baseball history. It’s one of the best finales in sports history. What else do you expect from the guy who’s made his career off coming up big late in the game? Ortiz leads the league in doubles, slugging and OPS, and his 124 RBIs are his most since 2006. And while the on-field production is what’s most important, you have to wonder if Ortiz’s swan song — and his teammates wanting to get him one final ring — is adding a little extra motivation to the club.

1. Mookie Betts
We thought about putting Ortiz here given he’s still the heart and soul of the ball club, but Betts is literally having one of the best seasons in Red Sox history. If this is what Betts is now, it’s not a stretch to call him one of the top five players in baseball, maybe even higher. Betts is fifth in all of baseball in batting average, fourth in runs scored, second in hits (by one), first in total bases, seventh in doubles, fifth in RBI, second in hits, first in total bases and on and on. Only Mike Trout had a higher WAR, and Betts’ defensive WAR was the best in baseball. He’s a legitimate MVP candidate, and without him, the Red Sox wouldn’t be gunning for their fourth World Series in 12 years. 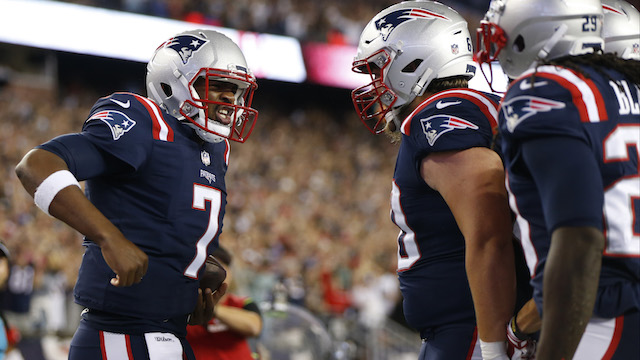 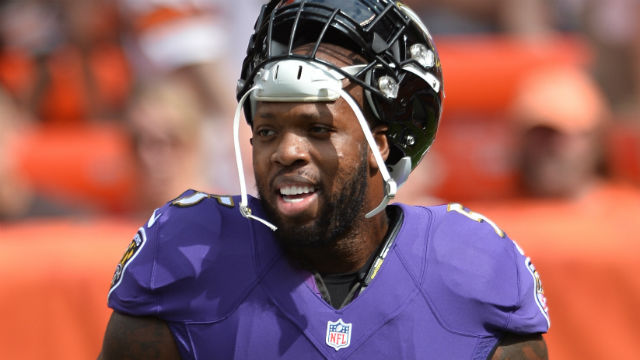