The Boston Red Sox wrapped up their trip to California with another series win.

With a quality start from David Price and a whole lot of power from the offense, the Red Sox coasted to a 7-2 win Wednesday over the San Diego Padres to leave the Golden State already 4-2 on their nine-game road trip. Home runs from Travis Shaw, Hanley Ramirez and Brock Holt gave Boston plenty of cushion to come out of this one victorious.

Here’s how the game unfolded.

GAME IN A WORD
Throwback.

Not only were the Padres and Red Sox decked out uniforms from 1936, but it also was a vintage performance by Boston. Price was ace-like, and the Red Sox’s bats regained the power they lost somewhere along their West Coast road trip.

IT WAS OVER WHEN …
Holt launched a solo shot in the ninth inning.

It was probably over before then, but the fact that the Red Sox still were scoring in the final frame certainly wasn’t good news for the Padres.

ON THE BUMP
— Price left some pitches out over the plate for the Padres to hit Wednesday, but it still was a solid start nonetheless. The first and third innings gave the lefty some trouble, and San Diego scored a run in each frame. After that, though, Price settled down for the most part and cruised to a win with two runs on six hits with no walks and eight strikeouts over seven innings.

— Koji Uehara was on the mound for the first time since July, and the right-hander pitched a 1-2-3 eighth inning with two strikeouts.

— Brad Ziegler came on in the ninth and induced a groundout, gave up a single and struck out catcher Derek Norris before being lifted for Craig Kimbrel.

Kimbrel hit second baseman Ryan Schimpf, but got Travis Jankowski to fly out to end the game.

IN THE BATTER’S BOX
— Travis Shaw showed he doesn’t like sitting on the bench by bringing in the Red Sox’s first three runs. The third baseman hit a monster two-run homer in his first at-bat and hit an RBI single in his next one to go 2-for-3 with a walk, two runs and three RBIs.

— Hanley Ramirez also hit a home run, going 1-for-5 with a run and an RBI.

— Dustin Pedroia continued to hit, finishing 2-for-4 with a two-RBI double in the fourth inning and a walk in the ninth.

— Sandy Leon and Chris Young both went 1-for-4, and Young scored a run.

— Jackie Bradley Jr. went 0-for-3, but the center fielder scored two runs with a walk and by reaching on a throwing error in the fourth.

— Xander Bogaerts (0-for-4) went hitless but walked in the first inning. Mookie Betts (1-for-5) singled in the ninth.

— David Price didn’t get a hit, but Brock Holt smacked a pinch-hit home run out of the pitcher’s spot in the ninth inning.

TWEET OF THE NIGHT
David Ortiz and Pedroia had some fun in the Red Sox’s dugout during the game. Well, Ortiz tried to, at least.

UP NEXT
The Red Sox get a day off Thursday before heading north to Toronto to take on the American League East rival Blue Jays on Friday. Boston’s ace Rick Porcello will go up against Jays right-hander Marco Estrada in the 7:07 p.m. ET contest. 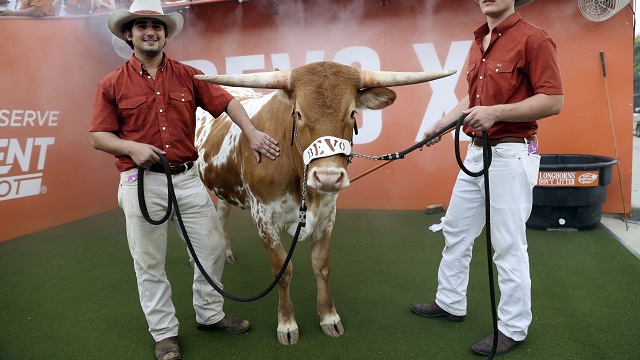 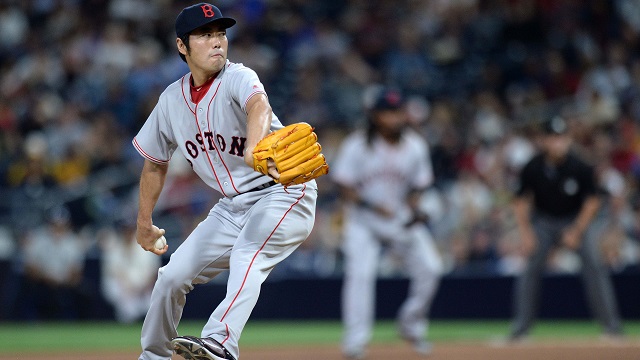