The Boston Red Sox have a very important stretch run in front of them, but they certainly got out on the right foot Friday night.

The Red Sox left little doubt in their series opener against the Toronto Blue Jays at Rogers Centre, bashing 18 hits en route to a 13-3 blowout win.

Rick Porcello also did his job on the mound, earning his Major League Baseball-best 20th win to help the Red Sox take a two-game lead over the Jays in the American League East.

GAME IN A WORD
Relentless.

Boston’s offense scored in six different innings, and Porcello delivered another strong outing as the Red Sox rolled over a Blue Jays team that looked a bit out of sorts after returning from a nine-game road trip.

IT WAS OVER WHEN…
The Red Sox exploded for six runs in the seventh inning.

ON THE BUMP
— Porcello only had one tough inning en route to becoming MLB’s first 20-win pitcher.

The right-hander kept the potent Blue Jays bats quiet, scattering six hits over seven innings while striking out seven, walking one and hitting a batter. Three of those hits came in the third inning, when Porcello allowed the first four batters to reach and gave up a two-RBI single to Jays second baseman Devon Travis.

But the 27-year-old veteran escaped that jam with a strikeout and an inning-ending double play and didn’t look back, picking up his 12th win in his last 14 starts to improve to 20-3 on the season.

— Brad Ziegler allowed an unearned run in the eighth when Deven Marrero’s error at second base allowed Edwin Encarnacion to score. Ziegler gave up two hits in one inning of work.

IN THE BATTER’S BOX
— Dustin Pedroia continues to hit the cover off the ball. The Red Sox’s leadoff hitter went 3-for-4 with a run scored and drove in a team-high four runs, raising his batting average to .329 in the process.

— Mookie Betts also did his part at the plate, tallying two hits in six plate appearances and plating Boston’s first run with an RBI single in the first.

— The Red Sox tacked on two runs in the third inning thanks to some questionable Blue Jays defense.

Travis Shaw hit a routine fly ball to left field with a runner on third, but Melvin Upton Jr. dropped it, allowing Betts to score Boston’s third run. Sandy Leon then followed with an RBI single that plated Ramirez, who reached base on a bloop single to shallow right field that also could have been caught.

— Ramirez’s three-run homer to right-center was his 22nd of the season and capped a 2-for-3, three-RBI night for the Red Sox first baseman.

— Bogaerts kept his batting average above .300 with a 2-for-6, two-RBI effort that included his 18th homer of the season in the seventh.

— David Ortiz collected a pair of hits to go along with his pair of jackets, including his major league-leading 45th double of the season.

— Leon (2-for-5, one RBI) and Jackie Bradley Jr. (2-for-4, three runs scored) were among the six Red Sox hitters who recorded multiple hits. Boston could have scored even more than 13 runs, too, as it left 24 men on base.

— Aaron Hill joined the party with a pinch-hit, RBI single in the ninth. Yoan Moncada couldn’t follow suit, striking out in his pinch-hit appearance to give him eight K’s in his last eight at-bats.

TWEET OF THE NIGHT
The Blue Jays were pretty sloppy in the field, and this might be one reason why.

Blue Jays' plane leaving New York was delayed due to flat tires. Didn't get home until 6 a.m. Thurs. Seems like they haven't recovered

UP NEXT
Eduardo Rodriguez gets the start Saturday opposite Blue Jays left-hander J.A. Happ, who is second in baseball behind Porcello with 17 wins. First pitch at Rogers Centre is set for 1:07 p.m. ET. 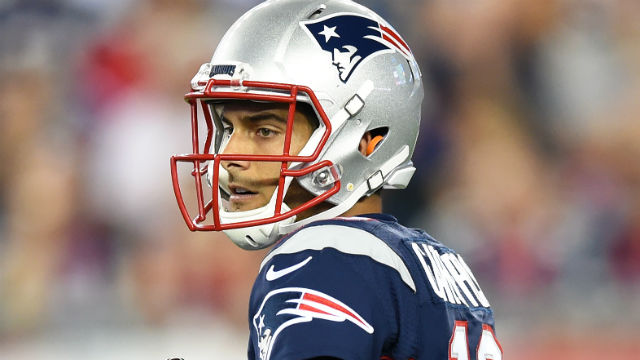 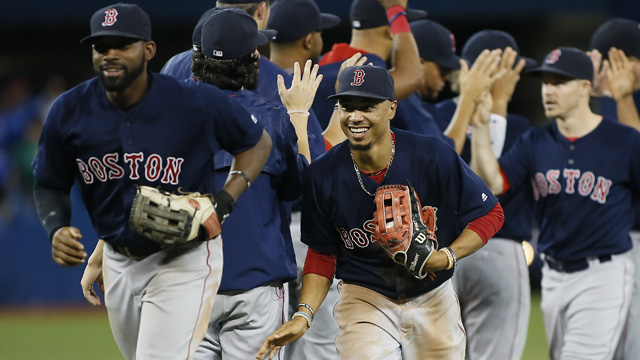 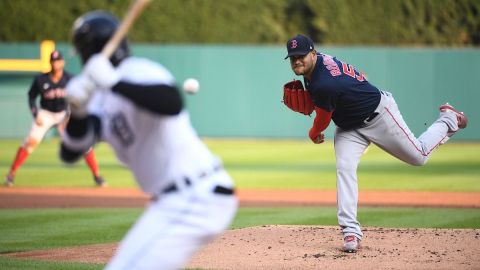 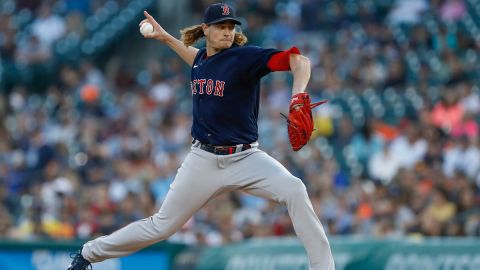