Rick Porcello continued his dominance of the Baltimore Orioles on Monday, and this time, he was rewarded with the win.

The Boston Red Sox right-hander pitched a complete game at Camden Yards while his offense gave him plenty of run support en route to a 5-2 win over the Orioles in the first installment of the teams’ four-game series.

Boston now owns a four-game lead over Baltimore in the American League East with just 12 games to play.

GAME IN A WORD
Elite.

Boston’s brightest stars did the damage in this one. Cy Young candidate Rick Porcello dominated on the mound, while MVP candidates Mookie Betts and David Ortiz each hit two-run homers to power the Red Sox to victory.

IT WAS OVER WHEN…
Ortiz blasted his 35th homer of the season in the fifth inning.

Big Papi’s two-run shot gave the Red Sox a 5-1 lead at the time, and Porcello made sure the Orioles didn’t come close to tying the score.

ON THE BUMP
— Porcello breezed through the Orioles’ lineup with relative ease to pick up his 21st win of the season.

The right-hander incredibly needed just 89 pitches to throw his third complete game of 2016. He scattered four hits over those nine innings, his only blemishes coming on a Mark Trumbo RBI double in the fourth inning and an Adam Jones solo homer in the eighth. Porcello walked no one and struck out seven, taking a perfect game into the fourth until he hit Manny Machado with a pitch with two outs.

The 27-year-old lowered his ERA to 3.08 after giving up just two runs and improved his record to 21-4, becoming the first Red Sox pitcher to reach 21 wins since Curt Schilling in 2004.

IN THE BATTER’S BOX
— Betts continues to own Camden Yards. He blasted a two-run homer in the third inning, his eighth through seven games in Baltimore this season, to put Boston up 2-0. Betts finished the night 1-for-2 with two walks.

— Dustin Pedroia broke an 0-for-12 skid in the fifth with an RBI single that scored Andrew Benintendi from second base. Pedroia went 2-for-5 with a walk and a run scored.

— Ortiz piled on two batters later with another two-run homer, his 35th of the season, that gave the Red Sox a 5-1 lead.

— Benintendi went 1-for-4 with a double and showed no ill effects in his rehabbed left knee while scoring on Pedroia’s single.

— Jackie Bradley Jr. went 2-for-4 and tallied his first stolen base since June 28 in the second inning.

— Sandy Leon and Brock Holt were the only two Red Sox players not to record a hit, going a combined 0-for-8 with two strikeouts.

TWEET OF THE NIGHT
No, Hanley Ramirez didn’t hit another homer, but he did contribute an excellent defensive play at first base.

UP NEXT
Eduardo Rodriguez will start Tuesday in Baltimore hoping to rebound from a rough outing against the New York Yankees. The Orioles will throw right-hander Kevin Gausman, with first pitch set for 7:05 p.m. ET. 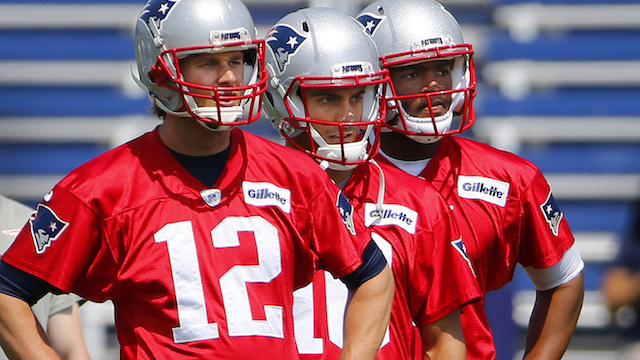