The Boston Red Sox and Cleveland Indians were separated by a matter of inches Thursday night.

The two clubs kicked off their American League Division Series with a tightly-contested Game 1 at Progressive Field that came down to the last at-bat. With Boston trailing by one run with two outs and a runner on first in the ninth inning, Red Sox second baseman Dustin Pedroia came to bat representing the game-winning run.

Pedroia worked the count full on Indians closer Cody Allen before Allen threw him a nasty curveball in the dirt. Pedroia tried to check his swing, but home plate umpire Brian Knight rung him up, allowing Cleveland to walk away with a 5-4 win.

You be the judge. #ALDS pic.twitter.com/OJYiJWYDDW

It appears Pedroia did, in fact, go around, but it was a very close call. Knight also didn’t check with the first base umpire, leaving Pedroia incensed as he barked at the ump. Manager John Farrell had to come out of the dugout to separate the two.

After the game, Farrell admitted the right call was made on the field.

“In real time, it’s a borderline call,” Farrell said. “I think after you get a chance to look at video, he swung.”

Pedroia’s strikeout was a difficult pill for the Red Sox to swallow, as they went 2-for-9 with runners in scoring position to squander several chances to tie the game. They’ll look to change things Friday afternoon in Game 2 at Progressive Field. 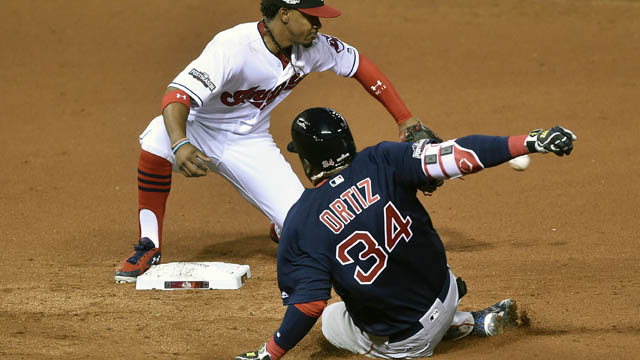 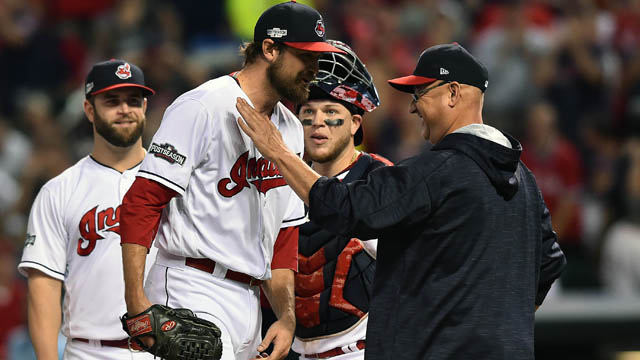 Terry Francona’s Bold Bullpen Moves Pay Off Vs. Red Sox, But At What Cost?