The 2016 Major League Baseball playoffs are upon us, and it’s a beautiful thing. Baseball is the one sport whose season feels as long as it really is, but an extra month of intense playoff action always is a welcome sight.

If this year’s two Wild Card Games are any indication, baseball fans are in for a juicy, unpredictable October. Just consider the matchups.

In the National League, there’s the San Francisco Giants, who win the World Series every other year, against the Chicago Cubs, who haven’t won a championship in over 100 years. The Washington Nationals and Los Angeles Dodgers will square off in a series loaded with talent — and playoff failure — on both sides.

In the American League, manager Terry Francona will lead the Cleveland Indians against his former employer, the Boston Red Sox. And the Toronto Blue Jays and Texas Rangers will go toe to toe in a series that features a playoff rematch of two teams that couldn’t possibly hate each other any more than they already do.

Here are some picks and predictions for the division series of the MLB playoffs.

AMERICAN LEAGUE DIVISION SERIES
Boston Red Sox Vs. Cleveland Indians
The pick here a month ago probably would’ve been the Indians. Their edge over the Red Sox in starting pitching and in the bullpen was just too much. But injuries changed everything. The Indians won’t have starters Carlos Carrasco and Danny Salazar available, as they’ll instead tab an up-and-down Trevor Bauer in Game 1 and a hobbled Corey Kluber in Game 2. The Red Sox have by far the best offense in baseball, as they led virtually every offensive statistical category all season long. They’re going to be too much for the Indians’ banged-up rotation to deal with.

The two factors that could sway things Cleveland’s direction are home-field advantage and the bullpen. The Red Sox limped into the playoffs, coughing up home-field advantage in the process. Cleveland’s bullpen also had a 3.45 ERA this season, good for second in the AL. The Indians basically have two closers in Cody Allen and Andrew Miller, though they use Miller more like a Swiss Army knife. The key to this series for the Red Sox is to avoid having to face Miller in important, high-leverage situations.
The pick: Red Sox in four.

Toronto Blue Jays Vs. Texas Rangers
The Blue Jays aren’t as good as they were last season, when they lost to the Kansas City Royals in the American League Championship Series. But they’re hungrier. The Jays play with a high level of intensity and passion that can make them difficult to like but easy to respect. The Rangers also haven’t played a meaningful game in months, while the Jays have been fighting for their playoff lives since August.

The Jays had the league’s best team ERA this season, while the Rangers had the third-worst in the AL. Both teams’ lineups are loaded with veterans who have playoff experience, though the Rangers were slightly better offensively during the regular season from a statistical standpoint. The talent on these teams essentially is a wash, which is why we give the edge to the team that looks like they’re playing possessed.
The Pick: Blue Jays in five.

NATIONAL LEAGUE DIVISION SERIES
San Francisco Giants Vs. Chicago Cubs
The Giants know how to win, but at some point, talent has to win out, and the Cubs have more talent than any team in baseball. Chicago has a starting rotation loaded with All-Stars and Cy Young candidates, an offense that can do everything and a closer who throws 105 mph. Look for the Cubs to win the first two games at Wrigley Field, the Giants to pull out Game 3 at home and Chicago to take care of business in Game 4.

The biggest thing working against the Giants this series is the availability of Madison Bumgarner — or the lack thereof. Bumgarner pitched a complete-game shutout in the NL Wild Card Game on Wednesday and presumably won’t be available until Game 3, which happens to be back in San Francisco. The Cubs will overwhelm the Giants in the other three games.
The Pick: Cubs in four.

Los Angeles Dodgers Vs. Washington Nationals
This is a tough one. Neither team recently has translated its talent into playoff success, and neither has played a meaningful game in a long time. But something has to give, and we like the Nationals to sweep. 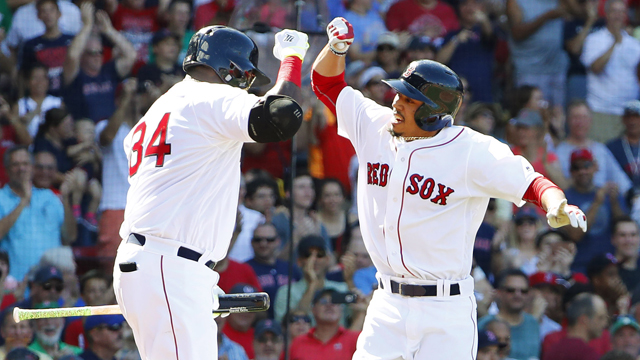 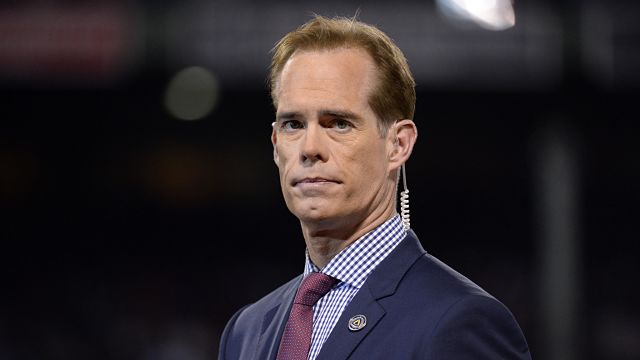