The Cleveland Browns never stood a chance Sunday against the New England Patriots in Tom Brady’s return from a four-game suspension.

The Patriots quickly got off to a 23-7 start before letting off the gas pedal slightly. The game ended up being a 33-13 blowout win for New England, just as most expected.

The Patriots knocked two quarterbacks — Cody Kessler and Charlie Whitehurst — out of the game, leaving wide receiver/former QB Terrelle Pryor as the lone signal-caller on the team.

Here’s who stood out for the Patriots in their Week 5 win, which improved New England’s record to 4-1.

QB TOM BRADY
The man of the hour completed 28 of 40 passes for 406 yards with three touchdowns. He immediately answered the question of the week, “Will Brady be rusty?” with a resounding “no.”

Brady was 9 of 11 for 132 yards with a touchdown in the first quarter. He also carried the ball twice for 14 yards.

It was a vintage Brady performance as he galvanized a Patriots offense that was shut out in Week 4.

TE MARTELLUS BENNETT
Many — myself included — thought Bennett’s production would diminish with Brady back. That certainly wasn’t the case Sunday, when he had six catches on eight targets for 67 yards with three touchdowns.

TE ROB GRONKOWSKI
Gronkowski caught five passes on seven targets for 109 yards. He had only one reception in two games heading into the week. It appears the Patriots were saving him for Brady’s return.

WR CHRIS HOGAN
Hogan was taken out of the game twice with injuries, but he kept coming back and finished with the most productive game of his NFL career, catching four passes on five targets for a team-leading 114 yards.

LB ELANDON ROBERTS
The rookie linebacker saw extended reps as the Patriots decided to give Dont’a Hightower some rest with a big lead. Roberts led the Patriots with seven tackles as he was a force against the run. The Browns finished with just 28 yards on 21 carries, averaging 1.3 yards per attempt.

Butler and Ryan were up and down to start the season, but they performed just as they should have against a terrible Browns passing offense.

No one will be talking about Butler and Ryan after this game, which is a good thing. 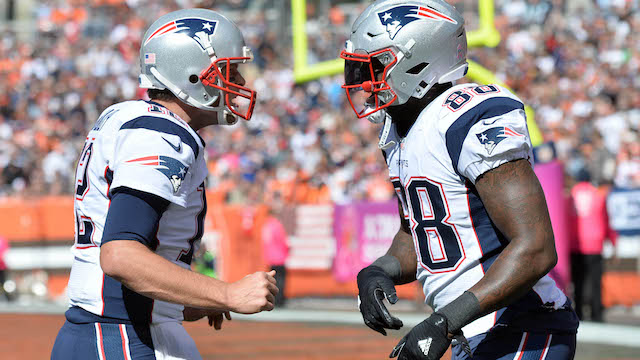 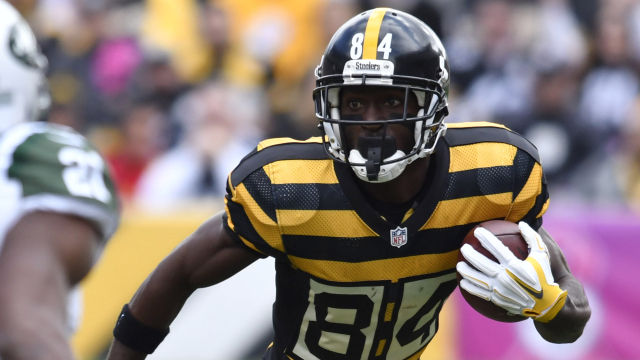