“They don?t try to trick you. They wait for you to mess up.”

Those were the words of Buffalo Bills safety Corey Graham, who perfectly summed up his team’s 41-25 loss to the New England Patriots on Sunday.

The Bills lacked discipline throughout the pivotal AFC East matchup, committing 12 penalties and suffering from dropped passes and blown assignments galore. The result was a cakewalk for the Patriots, who rode four Tom Brady touchdown passes to a blowout win that all but clinched their eighth consecutive division title.

“You know what was crazy about the whole thing?” Graham told reporters. “They do what they do. I mean, you pretty much know what you?re going to get with those guys. They?re not trying to trick you, and it amazes me how they just seem to make the plays.

“They seem to make the plays. Brady seems to make the throws. It?s not like they?re tricking you or anything like that, it?s just that they were the better team. We had a good game plan to stop them. We had some communication errors. It was pretty much just on us. It sucks to say it, but they did it a lot.”

Brady completed multiple passes to six different receivers in the victory, and five Patriots players found the end zone. Danny Amendola, Chris Hogan, Rob Gronkowski and Julian Edelman all caught touchdown passes from Brady, and LeGarrette Blount rushed for a 1-yard score that put the game away late in the third quarter.

“When you watch the film, you get exactly what you see on the film,” Graham told reporters. “You know what you?re going to get. They?re not trying to trick you. (Brady) just looks for matchups, and he just pretty much says, ‘My guys are better than yours.? ”

Some additional notes to peruse as the Patriots prepare for their bye week:

— Brady has been nothing short of fantastic since returning from his Deflategate suspension earlier this month.

He’s thrown 12 touchdown passes with zero interceptions through his first four games — a feat only three quarterbacks in NFL history have accomplished — and has to be considered the MVP front-runner despite his month-long absence.

“He’s the best,” Amendola told reporters. “He’s our leader. Such a great competitor.”

— Patriots defensive lineman Trey Flowers turned in the best game of his young career, recording New England’s only two sacks to go along with five tackles in the win.

“I just have to keep working,” the 23-year-old told reporters. “It?s a result of that. Keep working and keep praying. I just get on the field for God and trust the guys out there that made it possible.”

Flowers, who spent nearly all of his rookie season on injured reserve, entered Sunday with zero sacks and 12 tackles in seven games as an NFL sophomore.

— Patriots rookie quarterback Jacoby Brissett remains on injured reserve after undergoing thumb surgery, but he traveled with the team to Buffalo.

Similar to Oct. 2 before Patriots-Bills, Jacoby Brissett and Malcolm Mitchell take the field together. pic.twitter.com/S2SKOHgoFy

Cornerback Cyrus Jones was a healthy scratch for a third consecutive week, and wide receiver Malcolm Mitchell sat out for the first time in his young NFL career after being limited in practice this week with a hamstring injury.

Mitchell and Brissett were involved in the pregame dust-up that occurred when the Bills visited Gillette Stadium in Week 4.

This may just be the best picture I've ever taken. Bill Belichick, everyone. pic.twitter.com/h89ZHCR6QN

— Before boarding the plan back to New England, Brady took a moment to chat with two NFL greats: Hall of Fame quarterback Jim Kelly and five-time All-Pro cornerback Ed Reed.

Reed, who surely will have a bust in Canton one day, currently works as the Bills’ assistant defensive backs coach. 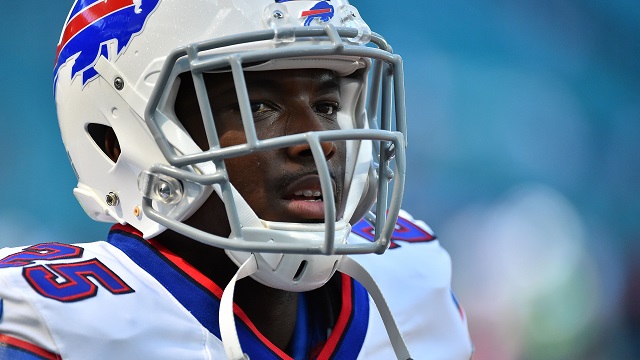 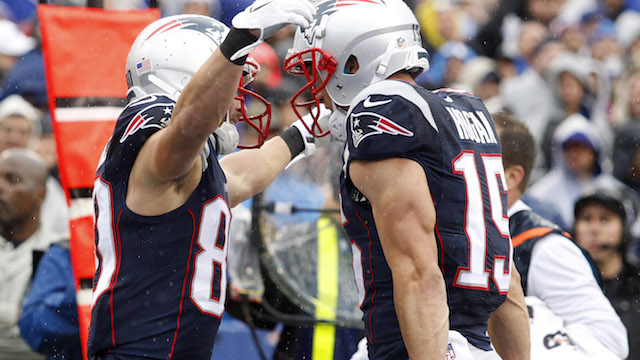