Mike Pence was center stage Tuesday night in the first and only vice-presidential debate of the 2016 presidential election.

When the GOP candidate isn’t on the campaign trail with Donald Trump, there’s a chance he might be playing one of his favorite video games.

“A little bit of a routine I?ve developed over the years is playing whoever the Indianapolis Colts are playing on Xbox Madden NFL,” Pence told the New York Times last month.

“Hey, who knows, maybe if I beat them first, the Colts have a better shot. My son kind of resists playing with me now because, frankly, I?m pretty good.”

Maybe the next time Pence and Kaine square off, it will be in a game of “Madden NFL 17” between the Colts and Washington Redskins. 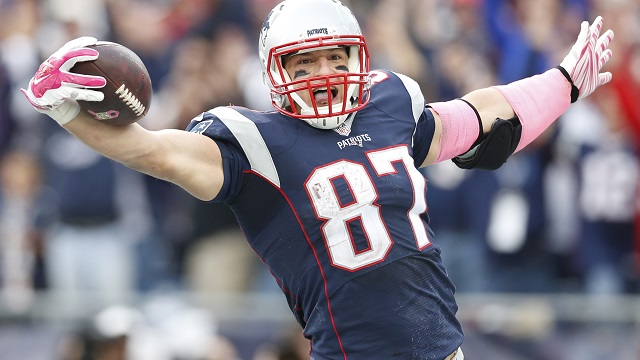 Is Rob Gronkowski ‘Dying’ To Step Into WWE Ring? Sure Sounds Like It