The commish wasn’t having any of it.

Basically, Myers wanted to know how the league decided back in August to suspend Brown for one game after an investigation into allegations that the kicker physically abused his wife, Molly Brown. As Myers pointed out, the one-game ban is nothing compared to the four-game suspension New England Patriots quarterback Tom Brady received for his alleged involvement in Deflategate. And that’s despite Brown’s transgression being far worse than Brady’s in the mind of anyone with half a brain.

?Gary, I think you better look at the facts. We have to justify any action we take, and you better understand the facts and the evidence that exist,” Goodell told Myers in a sitdown interview this week for WFAN’s “Chalk Talk” show. “So you?re conflating a few issues there, and I would tell you that I think our investigators have a very good understanding of the information. They didn?t have access to information, but neither did you, that they?re looking at, and I think I will allow our investigators to get to the bottom of it, and we?ll see. They made the best decision at the time on the evidence that they had, but it has to be supported. As you know, the union challenged the one-game suspension. So we have to be able to support whatever position we take.”

The NFL’s 2014 code of conduct policy calls for a six-game minimum suspension in cases of domestic violence. However, it also states that aggravating and mitigating factors must be taken into account, and the league determined in Brown’s case that a full six-game ban couldn’t be levied based on the information available.

“The policies and the procedures and the penalties for domestic violence, it is the only offense that I know of where the second offense is banishment,” Goodell added. “Now, some people would say, ?Well, why isn?t it the first (offense) when it comes to domestic violence?? Well, in that August 2000, when I went out speaking to various domestic violence experts, they actually recommended you don?t do that. They recommended that the first offense be six games — as a matter of fact, they suggested five (and) we went to six — and then they said banishment on the second, so they understand the circumstances, would be acceptable. They thought that was very strong.

“Ultimately, what you want in a domestic violence case is to get back to a healthy relationship and not to make it even more complicated, and that?s the hope from the education through the first offense to hopefully you don?t ever see a second offense.?

It’s unsurprising that Goodell didn’t take the bait when asked about Brown’s one-game suspension as it relates to Brady, who received four games for allegedly having some role — one we’re still not entirely sure of — in manipulating the air pressure in footballs. But the bigger issue, of course, is the NFL’s overall stance on issues of domestic violence. And despite constantly flubbing matters of discipline, Goodell somehow still is preaching a positive outlook.

?I couldn?t disagree more, Gary,” Goodell responded when asked about the criticism that the league hasn’t made any progress with regards to domestic violence. “Very easily. Because what you see here is a policy that?s evolved. We?ve learned a lot. But these are complex matters. And when you talk to the domestic violence experts, which I don?t know if you do, but these are difficult matters to deal with. You have rights. You have families that you have to be concerned with here. You have privacy issues. And yes, you want to make sure that you?re doing everything possible to address these when they happen. But you also want to deal with them to prevent them from happening.

“I think we?ve made tremendous progress. Can we make more and will we make more? Of course. But society in general, we all need to do a better job, including other entities. But the NFL, I?m only responsible for that, and we have to continue to get better.? 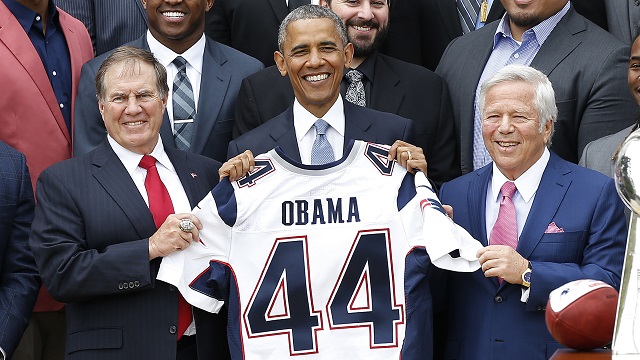 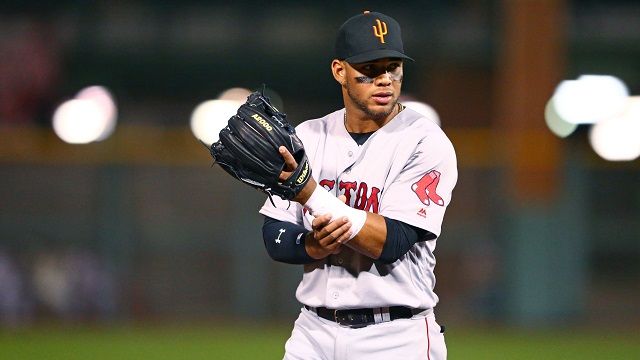