FOXBORO, Mass. — The Buffalo Bills defeated the Patriots rather handily in Week 4, blanking them 16-0 in New England’s first shutout loss at home in more than 20 years.

While the Week 4 Patriots were led by rookie quarterback Jacoby Brissett — and an injured Brissett, at that — Tom Brady will be the one leading the team out of the tunnel Sunday at New Era Field.

“They have a new player back there,” Bills coach Rex Ryan told reporters Wednesday, via ESPN.com. “He looks decent.”

Brady has been more than decent since returning from his Deflategate suspension in Week 5, leading the NFL in completion percentage, passer rating and yards per attempt while throwing eight touchdown passes with zero interceptions.

How does Brady’s return alter the Patriots’ offensive game plan? Well, for starters, you can bet on him throwing more than three passes in the first half, which Brissett did not in the Patriots and Bills’ first meeting. Brissett also had a very narrow focus in that game, with all but two of his 17 completions going to either a running back or to tight end Martellus Bennett. Needless to say, expect that to change with Brady at the helm.

Speaking of expectations, here’s a look at what the Bills should bring to the table in Round 2:

OFFENSE
— LeSean McCoy is one of football’s most dynamic running backs, but he’s dealing with a hamstring injury that could limit him this weekend. Many questioned Ryan’s decision to start McCoy against the Miami Dolphins, as he gained just 11 yards and eight carries in Buffalo’s 28-25 loss.

If McCoy can’t handle a full workload Sunday, expect to see more of Mike Gillislee, who has carried the ball just 22 times this season but is averaging 6.2 yards per rush.

“I mean, McCoy?s exceptional,” Patriots coach Bill Belichick said Wednesday. “This guy?s an elite back. He?s tremendous. His explosive plays this year are by far the best in the league. He?s very hard to tackle, he?s got great instincts, he?s a tremendous player. But Gillislee?s a good back, too. They?ve got a good combination there.”

— Bills quarterback Tyrod Taylor is coming off one perhaps his worst game of the season, having completed just 50 percent of his passes (14 of 28) in Buffalo’s loss to Miami. He was at his best last month in Foxboro, completing 27 of 39 passes (69.2 percent) for 246 yards and one touchdown with no interceptions while also rushing five times for 28 yards.

“He had a huge day against us,” Belichick said. “That?s about as good as it gets right there. As good of a day as he?s had passing was against us.”

— Buffalo’s top two wide receivers both are banged up, as Robert Woods is nursing a foot injury and Marquise Goodwin is recovering from a concussion suffered Sunday in Miami. Buffalo also is without would-be No. 1 Sammy Watkins, who remains on injured reserve after undergoing surgery on his foot.

Brown, who spent four nondescript seasons with the Tennessee Titans before signing with Buffalo in April, is the NFL’s leading tackler entering Week 7, and Alexander, a 33-year-old journeyman, leads the league in sacks with nine, matching his previous career total.

“He?s one of the best players we?ve seen all year. I?d put him up against anybody in terms of what he?s done this year.”

Alexander and Brown each recorded a sack against the Patriots back on Oct. 2, and Brown set a career high with 17 tackles in a monster performance.

— Defensive tackle Marcell Dareus could make his season debut against the Patriots.

The former All-Pro was suspended for the first four games of the season, then sat out the last three with a hamstring injury. He’s considered questionable for Sunday.

“We’re hoping he’s out there on Sunday,” Ryan told reporters. “(He’s) one of the best in his position in the league.” 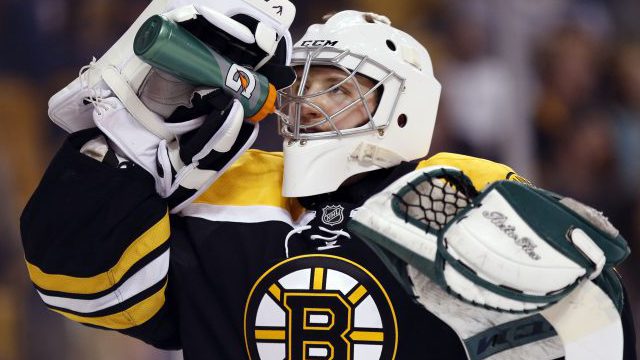 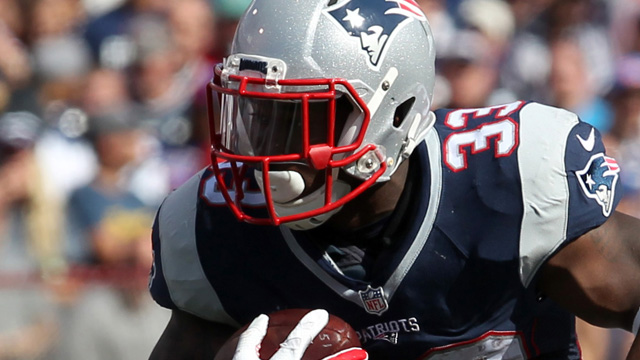