CLEVELAND — Speculation that Tom Brady could be rusty in his return to the New England Patriots after a four-game suspension posed an interesting question: What exactly does a rusty Tom Brady look like?

We found out Sunday, and boy was it ugly — for the Cleveland Browns, of course, and the remaining 10 teams on the Patriots’ schedule.

Brady went 28 of 40 for 406 yards with three touchdowns and said he wasn’t quite himself yet after the performance. It was just the second time in his career that he’s completed 70 percent of his passes while throwing for 400 yards and three touchdowns.

“I think there was plenty of rust out there,” Brady said Sunday after the 33-13 win over the Browns. “I could do better in a lot of areas.”

Brady had one of the best starts of his NFL career, came out of the game in the fourth quarter, and said he’s only getting started? OK then.

Brady didn’t exactly have his back against the wall, but there was pressure on the Patriots quarterback to perform in his first game back from a four-game suspension. Jimmy Garoppolo played well in his stead, and talk already had begun of what the Patriots would do in a couple of years when Garoppolo’s contract is set to expire.

Such chatter will be put on hold after Brady galvanized the Patriots’ offense. The Patriots were shut out in Week 4 with Jacoby Brissett at quarterback, but they put up a 33-spot with 501 yards on the road in Brady’s return. System quarterback? Ha.

Brady spread the ball around to what’s among the best collections of targets he’s ever had. He came out firing to Julian Edelman, who finished with five catches for 35 yards, but did his best work while targeting Martellus Bennett (six catches, 67 yards, three touchdowns) and Chris Hogan (four catches, 114 yards). Rob Gronkowski got back into the swing of things with five catches for 109 yards. Third-down back James White added four catches for 63 yards, and this is a team that’s getting Dion Lewis back at some point, too.

Brady helped calm the panic that Gronkowski’s hamstring injury is worse than originally believed. The Patriots clearly were just being coy, waiting until Brady was back to unleash the All-Pro tight end. And no one can channel Gronk quite like Brady.

Brady also quelled fears that he would lack chemistry with Bennett and Hogan after four weeks away from his new teammates. It clearly wasn’t an issue, as Brady threw all three of his touchdown passes to his new tight end and hit two beautiful deep balls to Hogan.

Hogan might just be the best deep target Brady has had since Randy Moss left (we are not comparing Hogan to Moss; just commenting on how bad Brady’s deep receivers have been since the legendary receiver left). Hogan has the size, speed and strength to play the deep role. And it certainly appeared as though rapport was not an issue.

With an undefeated season off the table, the conquest for Patriots fans now is for Brady to win the MVP in just 12 games. If he can string together 11 more performances like Sunday’s, it’s not a crazy concept.

Brady entered unchartered waters Sunday and sailed smoothly. With the rust knocked off, it seems Brady believes the best is yet to come. 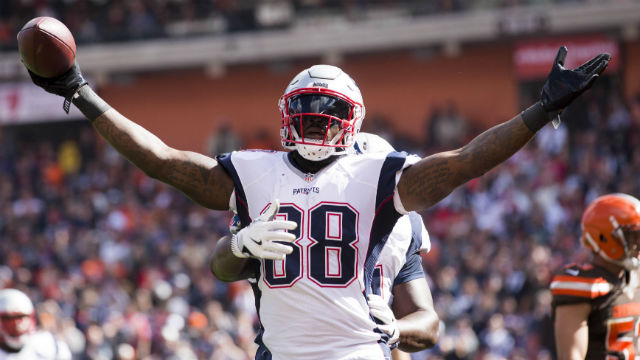 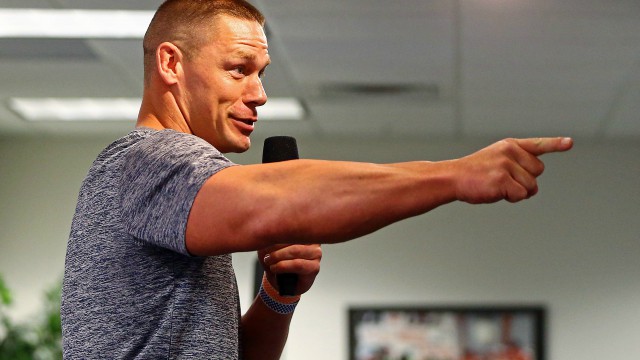