Bart Scott Insists Rob Gronkowski Is 'On His Way Out' With Patriots - NESN.com Skip to content

It doesn’t take a genius to figure out Bart Scott isn’t a fan of Bill Belichick and the New England Patriots.

So, keep that in mind when you read this scorcher of a hot take Scott dropped Monday on CBS Sports Radio’s “The D.A. Show” involving Patriots tight end Rob Gronkowski.

“Gronk’s on his way out (of New England),” the former New York Jets linebacker told host Damon Amendolara. “Because of injuries, and they don?t stick with you when they see you slipping. When you have a big man that starts having back problems — he’s only in his seventh year, and he has two years remaining. And guess what? They already brought in his replacement and they can get him for cheaper.”

That’s right: Scott believes the Patriots are ready to cut ties with Gronkowski, insisting they already have a serviceable tight end in Martellus Bennett, who’s actually two years older than the 27-year-old All-Pro.

“Don?t matter. Less wear and tear on the body,” Scott said of Bennett. “Listen, we had some great players in basketball. When did you know it was over with Larry Bird? When he would go to the sideline and put that hot pack on his back.”

Gronkowski left Sunday’s game against the Jets with a back injury and already has missed three of New England’s 11 games this season. He’s still the NFL’s best tight end when healthy, though, leading all qualified tight ends with 21.6 yards per catch this season.

But don’t tell that to Scott, who predicts Belichick will give Gronk the same treatment he gave Jamie Collins and Chandler Jones.

“We talk about knee injuries, back injuries, elbow brace forever,” Scott said, trailing off. “Listen, man, you think Bill Belichick (is) going to stick with you? Negative. He?s not in the foxhole with you.” 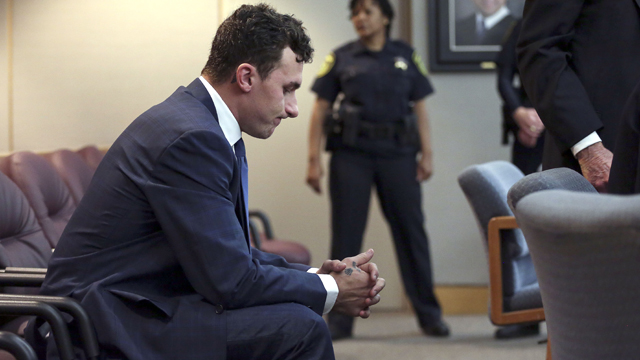