BOSTON — Celtics games aren’t pretty to watch at the moment, but at least Boston fans will like Wednesday’s final result.

The Celtics delivered another underwhelming performance against a bad opponent at TD Garden, but Isaiah Thomas’ late heroics helped the C’s escape with a 90-83 win over the Dirk Nowitzki-less Dallas Mavericks to improve to 6-5.

Thomas scored a game-high 30 points for Boston, while Avery Bradley notched another double-double with 18 points and 13 rebounds. Harrison Barnes and Wesley Matthews paced Dallas with 28 and 22 points, respectively.

RUNNING HOT
The Celtics’ starting backcourt made sure they came out fast at TD Garden.

Bradley (12 points) and Thomas (eight points) combined for 20 of Boston’s 29 points in the first quarter, pushing the tempo out of the gate against a sluggish Mavericks team. Bradley hit on his first two 3-pointers of the night to give the Celtics a 12-point lead after the first break.

AB shows off his improved handle by losing his defender and splashing home a stepback trey! pic.twitter.com/Vz0H7kMhV6

Boston scored just 10 points in the frame on 5-of-22 (23 percent) shooting, missing several floaters in the lane as Dallas’ bigs challenged their shots. The Mavs didn’t do much better, but their 14 points on 7-of-21 shooting allowed them to cut their deficit to single digits entering halftime.

UGLY GREEN
Dallas continued to chip away at Boston’s lead in the third quarter as the Celtics fell back into bad habits. The C’s continued to struggle on the offensive end and started losing the battle on the glass, allowing the Mavs to get second-chance points.

A pair of Matthews 3-pointers and a J.J. Barea layup in the final minute of the third quarter trimmed Boston’s lead to just three points heading into the final quarter.

THE TWO-MAN SHOW
For the second straight game, the Celtics found themselves in a dogfight down the stretch with an inferior opponent.

The fourth quarter had plenty of drama, though. Thomas stepped up with a 3-pointer and several strong takes to the bucket, while Barnes responded on the other end with a series of clutch jumpers. Thomas and Barnes at one point accounted for 19 straight points in the fourth.

IT hangs and hits to give the C's the lead in the fourth quarter! pic.twitter.com/xpizzOYzDm

IT FTW
Thomas got the last laugh, though, drilling a 3-pointer with 1:31 remaining and making a sweet pass to Bradley for a layup with 1:06 to go that gave the Celtics a six-point lead.

The 5-foot-9 point guard had an incredible fourth quarter, scoring 22 of his 30 points in the final 12 minutes thanks to 12 made free throws.

PLAY OF THE NIGHT
Spectacular layups are a regular occurrence for Thomas, who somehow made this layup despite a Matthews foul.

HOW DOES HE MAKE THIS?! (Also great camera work by @CelticsCSN) pic.twitter.com/CdIS5uLMSR

UP NEXT
The Garden figures to be packed Friday night for Boston’s showdown with Kevin Durant and the Golden State Warriors. Tip-off for the nationally-televised game is set for 8 p.m. ET. 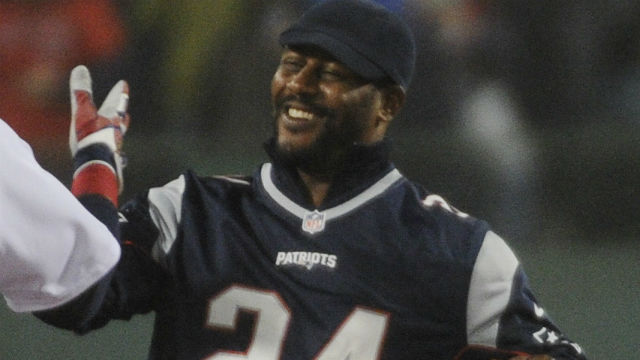 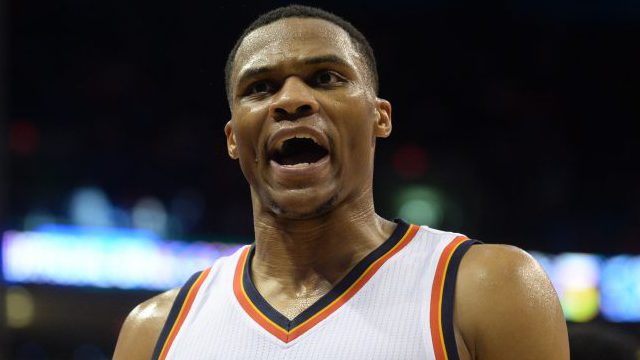