SANTA CLARA, Calif. — Rookie wide receiver Malcolm Mitchell lived up to the potential he showed throughout the summer for the first time this season in the New England Patriots’ 30-17 Week 11 win over the San Francisco 49ers.

Mitchell was a standout throughout training camp, showing off strong hands and precise routes until an arm injury slowed his progress as he appeared in just one preseason game.

But with Gronkowski and Hogan out with injuries and Martellus Bennett keyed in on by the 49ers defense, Mitchell had a field day Sunday, catching four passes on four targets for 98 yards with his first career touchdown.

“I think the coaches did a great job of just getting me prepared throughout the week,” Mitchell told reporters Sunday. “It was like a last-minute call with Chris. ? Other than that, I was just working hard every week ready to take care of any opportunities I got in general.”

Count quarterback Tom Brady among those who were impressive by Mitchell.

“He shows up every day with his hard hat on ready to go to work,” Brady said Sunday. “I’ve just been impressed with him since the day he came in, and just his personality’s infectious. He’s a very positive person, and he made a great play today, made a lot of great plays. He’s growing along with everybody else. It’s been really great to see.”

“It was great for him to step up and take advantage of his opportunity,” Belichick said. “We really needed that without Chris. I thought all of our receivers did, Julian (Edelman), Danny (Amendola) and Malcolm. Malcolm made some big catches over the middle, the in cut. He had a good slant route, then kind of the scramble … the catch and run play.”

Belichick took note of a play in which receivers typically aren’t praised.

“Honestly, I thought maybe the best play he had just from the sideline was the blocking he did on (LeGarrette Blount’s) long run in the first quarter,” Belichick said. “I thought that was like a 20-yard gain that ended up being a 40-yard gain or something like that.

“Malcolm competed hard. He always works hard. He’s a smart kid. He got an opportunity (Sunday) and certainly stepped up and took advantage of it. That’s what our team needed.”

Mitchell’s highlight play was his 56-yard touchdown reception, in which he hauled in a 21-yard pass and ran past defenders for 35 yards after the catch.

“He runs hard, he gets upfield,” Belichick said. “He did that (Sunday). That’s what good receivers should do, catch the ball and get upfield.”

It’s unlikely Mitchell will pass Edelman or Hogan on the depth chart before the season ends, but he proved the Patriots have another reliable target should any other receivers suffer injuries. 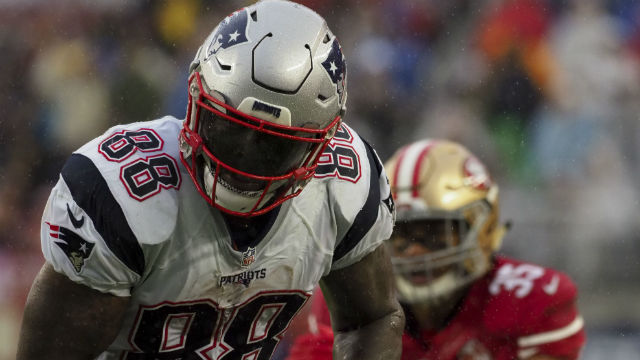 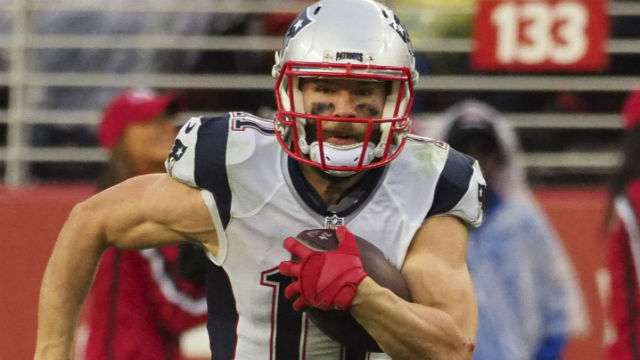 Julian Edelman’s Touchdown Dance Vs. 49ers Wasn’t What You Think