Tom Brady Believes He Could Beat His Younger Self In A Footrace - NESN.com Skip to content

Could 39-year-old Tom Brady actually be a better athlete now that he was when he was as a 22-year-old NFL draft hopeful? He sure believes so.

The New England Patriots quarterback on Monday told WEEI’s “Kirk & Callahan” his current 40-yard dash time is better than the one he posted at the NFL Scouting Combine in 2000.

Of course, Brady’s combine time wasn’t particularly difficult to beat. He ran a 5.28, more than three-tenths of a second slower than Patriots rookie guard Joe Thuney’s time at this year’s combine.

Brady still won’t wow anyone with his straight-line speed, but he’s made a habit of extending plays with his feet this season. His mobility in the pocket was exceptional during Sunday’s 30-17 win over the San Francisco 49ers, which he credited to an increased emphasis on footwork.

“So much for me is just that initial step,” Brady explained. “If you can have a little quickness in the pocket to evade an oncoming (defensive lineman), you can extend the play. If it’s a lethargic first step, then they always kind of get you. …

“Now, it?s just extended where that pocket is now. Now that pocket can be probably maybe 20 yards wide as opposed to 6 yards wide. What has been, I think, maybe a little more innate is avoiding the rush, sliding in the pocket, buying a little bit more time. But now being able to avoid a rush a little bit to buy time has been good.”

Brady was sacked just once and hit three times Sunday, and two of his four touchdowns passes — one to Danny Amendola and another to Malcolm Mitchell — came while he was under heavy pressure.

“You see the way that so many of these great quarterbacks in the NFL can do that,” Brady said. “I will never be able to do it like a Russell Wilson or Tyrod Taylor. Those are their physical gifts. Also, if I can add one or two plays a game — and (on Sunday) it was maybe three, four or five times a game — it really does help our offense.” 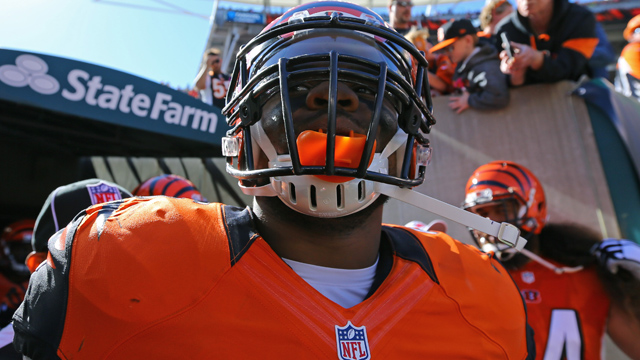 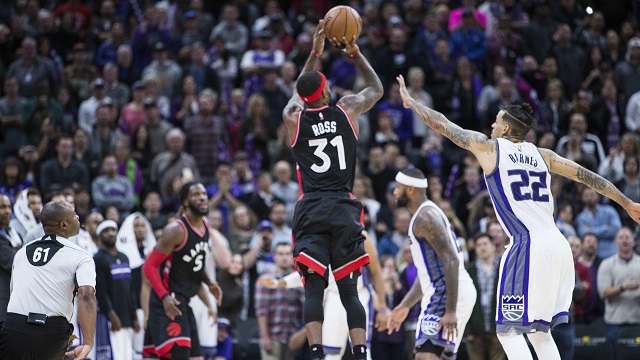 Everyone On The Internet Thinks The Raptors Got ‘Screwed’ Vs. Kings