Final, 2-1 Mexico: The referee blows the final whistle. Mexico beats the United States and begins the final round of World Cup qualifying by ending its Columbus curse.

The #USMNT resumes #TheHex in Costa Rica on Tues. night at 9 p.m. ET on @beINSPORTSUSA. We need your support! pic.twitter.com/0XtumgKyf6

The game looked set to be a classic “tale of two halves,” but Rafael Marquez, Mexico’s 37-year-old icon, stunned the Americans with an unforgettable late goal. Mexico dominated the first half, taking the lead after 20 minutes through Miguel Layun, but Team USA came out fighting in the second period, and Bobby Wood scored four minutes after the restart. The hosts had the better scoring opportunities as the game neared full time, but Mexico created, then converted, the last best chance it had on the evening.

It’s Mexico’s first road win over USA in a World Cup qualifier since 1972.

Team USA will visit Costa Rica on Tuesday, as it seeks to earn its first points of the final round of CONCACAF World Cup qualifying.

Postgame analysis of USA vs. Mexico >>

90th minute +3, 2-1 Mexico: The referee dismisses Salcedo after showing him a second yellow card. This one’s for time wasting.

Now the players are pushing and shoving.

90th minute, 2-1 Mexico: There will be three minutes of added time in the second half.

89th minute, 2-1 Mexico: Rafael Marquez heads in what must be the game-winning goal. It came from Mexico’s first corner kick of the game.

The corner kick of doom.

Layun hit the corner kick to the near post, and Marquez glanced his header past Guzan.

It had to be Rafa Marquez! El Tri's 37-year-old captain provides Mexico the late goal in Columbus. #USAvMEX https://t.co/G2e9kwUe5o

1 – Mexico scored with their only second half shot on target. Best.

85th minute, 1-1: After 40 pulsating minutes, the game finally starts to settle into a rhythm in the second half.

79th minute, 1-1: Johnson blocks Lozano’s shot off the goal line, as Mexico threatens to restore the lead it once had.

74th minute, 1-1: Wood swivels and fires a shot on goal, but the well-positioned Talavera bats it away.

70th minute, 1-1: The referee shows Layun a yellow card for a foul on Wood.

It’s the seventh yellow card of the game. Mexico has four, and the U.S. has three.

Mexico has a free kick in a dangerous position and wastes it.

62nd minute, 1-1: Fabian Johnson curls a shot narrowly over the crossbar, as Team USA continues to blossom in the second half.

Foul or dive? Have another look at the yellow card for Hector Herrera. #USAvMEX https://t.co/g8yKzbYC6F

58th minute, 1-1: Bradley rolls a shot on goal, and Talavera collects it easily. Bradley could have passed to Wood, as the U.S. was on a two-on-one break.

Altidore turned and surged forward from the midfield and fed Wood at the top of the penalty area. Wood created space with a dribble and slotted his shot past goalkeeper Alfredo Talavera.

What is GOOD, Bobby Wood! All tied up in Columbus. #USAvMEX https://t.co/8MMIXfBYoc

#USMNT forwards Wood and Altidore have combined for seven goals in the eleven matches they have started together! #USAvMEX, 1-1, 50'

The United States trailed at halftime in a home World Cup qualifier for 2nd time in the past 30 years. The other was in 2009 vs Costa Rica.

Mexico made another substitution during the interval, replacing Diego Reyes with fellow center back Hugo Ayala.

Klinsmann explained his tactical switch at halftime, saying the four-back formation was more familiar to his players.

Halftime, 1-0 Mexico: The first half ends with Mexico leading by a goal.

Team USA should consider itself lucky to be down by only one goal, given the gap in performance between it and Mexico. The visitors have played at a higher tempo, created more chances, hit the post twice and scored once.

7 – Seven of the nine first half Mexico shots came from outside the box. Range.

The U.S. defenders failed to contain Mexico’s wingers, the midfield offered little control and service to the forwards, and the attackers seemed to lack sharpness on their few scoring opportunities.

Klinsmann’s formation gamble backfired, and he switched to a four-back formation after Corona’s goal. The tweak didn’t help much, as Mexico maintained its advantage on balance of play through the end of the half.

24 – Despite being subbed, @TimHowardGK had the third most touches of any @ussoccer player in the first half, with 24. Problematic.

Brad Guzan getting in some extra reps at halftime. #USAvsMEX pic.twitter.com/n0oFfAaTKT

45th minute, 1-0 Mexico: There will be three minutes of added time in the first half.

42nd minute, 1-0 Mexico: Brooks fouls Hernandez. Mexico swarms Brooks and the referee with hopes of convincing him to show the U.S. center back a second yellow card.

Howard possibly a doubt for Rapids now in MLS playoffs.

38th minute, 1-0 Mexico: Howard decides to play through the pain, and the game resumes.

33 – @TimHowardGK has made 33 World Cup Qualifying appearances for @ussoccer, the most of any keeper. Legend.

36th minute, 1-0 Mexico: Howard injured himself taking a goal kick. His groin area seems to be the problem.

Comedian Lesley Jones is willing to help the U.S. ‘keeper.

Damn to be a trainer for five minutes! I can fix your groin @TimHowardGK pic.twitter.com/yQZkglCj5C

34th minute, 1-0 Mexico: Altidore heads Bradley’s free kick toward Mexico’s goal. Somehow it beats the goalkeeper and a defender, but another Mexico player clears it off the goal line.

Looks like Klinsmann just switched to a 4-4-2. Besler at left back, Chandler at right back, Fabian Johnson at right mid, Pulisic left mid.

25th minute, 1-0 Mexico: Vela heads a shot off the crossbar. The Mexico forward found space between the center backs to meet Layun’s cross.

The U.S. is reeling, having gone down by one goal.

U.S. trails Mexico in a home World Cup qualifier for the first time since 1997.

20th minute, 1-0 Mexico: Layun beats Howard with a deflected long-distance shot. No “Dos A Cero” this time around.

Howard dove in the right direction but seemed to pull back his arm, as the ball reached him only to watch in agony as it rolled inside the post.

There will be no Dos A Cero tonight for the #USMNT. @Miguel_layun puts Mexico in front! #USAvMEX https://t.co/JDSSZAVNC1

18th minute, 0-0: The game is growing rougher, as both teams attempt some strong tackles in the middle third of the field. That’s expected in a game of this magnitude between these teams.

15th minute, 0-0: The referee shows U.S. center back John Brooks a yellow card for a foul on Hernandez.

Hernandez then tries to pounce on the rebound, but he misses it narrowly, and the U.S. clears the danger.

Mexico is enjoying a better start than the U.S.

Seventh minute, 0-0: Miguel Layun finds Javier “Chicharito” Hernandez with a hard-hit cross, but the Mexico striker misses the target on his attempt to redirect it on goal.

Fourth minute, 0-0: It’s a cagey start, with neither side finding any space behind the defense. We’ve already seen Mexico make an early tactical shift in response to Team USA’s unorthodox setup.

Kickoff: The USA vs. Mexico World Cup qualifier is under way.

66 – This will be the 66th ever meeting between @ussoccer and @miseleccionmx. Rivalry.

Fans observed both anthems impeccably, and the prefgame atmosphere is reaching a fever pitch in chilly Columbus.

HERE WE GO! Can the #USMNT beat Mexico for a 5th straight time in Columbus? Watch #USAvMEX now on @FS1!

Pregame: USA head coach Jurgen Klinsmann is gambling with a new formation, opting for five defenders, three midfielders and two strikers. Klinsmann has played four-defender setup throughout his five-year tenure, and this five-back setup is a big surprise. At least, that’s how the U.S. lineup looks on paper.

Mexico seems to be countering with a 3-4-3 formation.

Team USA will host Mexico at Mapfre Stadium in Columbus, Ohio, in a high-stakes 2018 FIFA World Cup qualifying game in the CONCACAF region. The U.S. beat Mexico 2-0 at home in the last four cycles, playing Mexico, its biggest rival, in chilly and cramped Columbus each time.

The CONCACAF giants are set to meet again in the first of 10 games they’ll play in the final, or “hexagonal,” round of qualifying for the next World Cup. A good start will be key to Team USA’s qualifying fate, and kicking things off at its spiritual home just might provide enough momentum to take them to Russia 2018.

U.S. begins final round of World Cup qualifying at 8 ET. An explanation of format & what teams need to advance: https://t.co/Ng3fTft75w

Join us right here for all the action from Columbus. 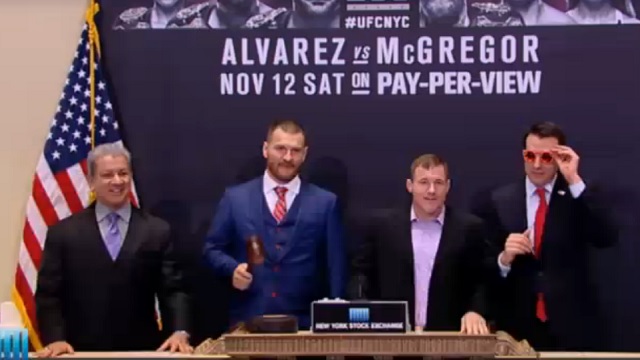 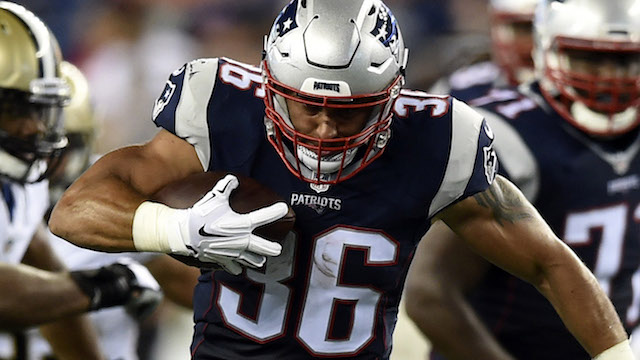