Jaylen Brown has played a limited amount of minutes in his young NBA career, but he already has a fan in one of the league’s All-Stars.

Brown, who the Boston Celtics picked No. 3 overall in this year’s draft, worked out with Jimmy Butler this offseason, and the Chicago Bulls swingman liked what he saw. Butler gave Brown a ringing endorsement recently, per The Boston Globe’s Gary Washburn.

?Just his competitive spirit, man. I love that,? Butler said of Brown. ?He always wants to get better. He?s always (willing) to learn. He?ll ask all the questions that he needs to ask to get the answers that I have, and if I don?t have them, I?ll ask somebody. He?s just a true student of the game.?

Brown, who was the Pac-12 Freshman of the Year in 2016, spent one season at the University of California before entering the NBA Draft. Butler believes the 20-year-old will excel in the league thanks to his intelligence and his new Celtics teammates.

?Obviously he?s athletic, he can play and he?s super smart,? Butler said. ?He?s going to be a hell of a player. I think he knows where the game can take him. He?s incredibly smart and he?ll let you know that. Sometimes the kid?s too smart for his own good, like I was telling him over the summer.

?I think he has a great core group of guys. He has Jae (Crowder), Isaiah (Thomas), Avery (Bradley) and, of course, Brad Stevens. They?re all teaching him the right way to go about being a rookie in this league. As long as he follows those footsteps, he?ll be all right.?

The Celtics took a chance on Brown in the draft, as he wasn’t as NBA-ready as some other players available, but he came with a high upside. Getting such high praise from a player the C’s want Brown to be like only adds to the idea that he was worth it. 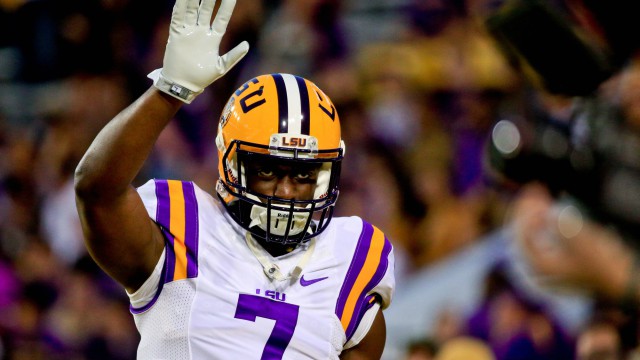