The New England Patriots’ early-season issues with forcing turnovers appear to be behind them.

The Patriots rank second in the NFL with eight forced turnovers over their last three games, and four of those came Saturday in New England’s 41-3 win over the New York Jets. Through the help of their offense, the Patriots rank fourth in turnover margin this season.

First quarter, 7:19: Malcolm Butler interception
Belichick: “The first interception, Malcolm was there. I think it was Duron (Harmon) was coming over, too. We had two guys right there and (Jets quarterback Bryce) Petty tossed it up into a two-deep man look so we had two guys there around the ball.”

The Patriots rushed four and dropped seven defensive backs into coverage against just four receivers. Butler, Jonathan Jones and Eric Rowe were in man coverage while Logan Ryan and Patrick Chung doubled up on Quincy Enunwa. The Patriots also had Duron Harmon and Devin McCourty in a two-high safety look. Petty immediately began looking to Robby Anderson, who was running a go route down the right sideline. The throw was shallow, and Harmon actually had to slow down in order not to interfere in the play. Butler knocked the ball in the air and snagged it for the interception. Second quarter, 4:47: Eric Rowe interception
Belichick: “(Eric) Rowe made a play we’ve seen one hundred times this year. Single coverage and the ball is getting tossed up on the outside. Again, I thought Eric did a real good job of taking advantage of that opportunity. Really when the ball is thrown up like that you really want the defender to become the receiver and the receiver to become the defender and that?s pretty much what happened on that play. Eric wedged him out and went up and took the ball at the highest point and came down with it.”

The Patriots started in a Cover-2 shell until the Jets sent a receiver in motion. Butler followed him across the field and Chung dropped down, leaving McCourty as the single-high safety. Rowe was in lockstep with Brandon Marshall down the left sideline, and Ryan Fitzpatrick’s pass was slightly underthrown. Rowe leapt up, high-pointed the ball and snagged it out of the air. Third quarter, 2:55: Malcolm Butler interception
Belichick: “The last one, I’m not really sure what they were doing on that play. I think it was a running play that they kind of converted into a quick-look pass when they saw pressure coming from the nickel back. I don?t know. The ball was a little high, got tipped, and yeah, Malcolm made a good play on it. That was really taking advantage of a play that we had a chance to make.”

Fitzpatrick called an audible when he saw Ryan creeping toward the line of scrimmage. Ryan blitzed and Chung moved up into coverage. But Fitzpatrick’s throw was off the mark … … and hauled in by Butler. Here are other observations from this week’s film review:

— Patriots quarterback Tom Brady was 6 of 10 on deep passes for 144 yards with two touchdowns against the Jets. He hit Julian Edelman twice and James White, Chris Hogan, Matt Lengel and Malcolm Mitchell once apiece. He threw incompletions to Hogan, White, Michael Floyd and Edelman.

Brady is 14 of 21 for 393 yards with four touchdowns on deep passes over his last three games. He’s 37 of 73 for 1,177 yards with nine touchdowns and one interception on the season. He ranks fifth in deep completion percentage and first in deep passer rating among starting quarterbacks this year.

— The Jets have a talented defensive line and made it difficult for the Patriots to run on them. It was especially tough sledding for LeGarrette Blount until he got to the goal line, where he had two touchdowns.

— Running back James White has had issues with drops the last two weeks. He has to get that figured out before the playoffs.

— Offensive tackles Nate Solder and Marcus Cannon were perfect in pass protection while Shaq Mason had his worst game in weeks.

— Defensive tackle Malcom Brown didn’t get into the game until the fourth quarter. While in, he was his normally stout self against the run.

— Linebacker Shea McClellin had issues in the running game, taking on a bigger role with Dont’a Hightower out. The Patriots missed Hightower as a pass rusher.

— Elandon Roberts caused a fumble and looked better in coverage but wasn’t perfect.

— Butler, Ryan and Rowe were fantastic in coverage. They’re playing their best football of the season. Chung, Harmon and fellow safety Devin McCourty have been strong all season. 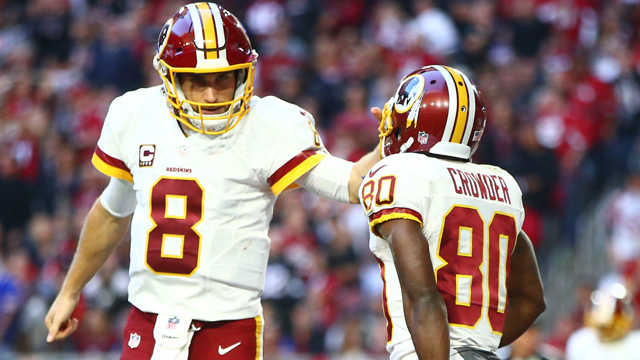 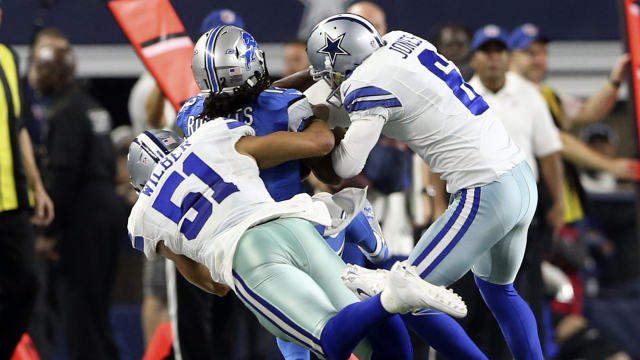