During the first quarter of an eventual 30-23 win over the Baltimore Ravens, McClellin blocked a Justin Tucker field goal by hurdling the Baltimore long snapper — a move known around New England as “pulling a Jamie Collins.”

“I remember watching that, actually,” McClellin said after the game, referring to the kick Collins blocked in similar fashion last season. “I just remember him skyrocketing over the center and blocking the kick. I think I was watching it at home, and I was like, ‘Wow, that guy’s a beast.’ He’s a freak. That’s Jamie, though.”

With Collins now plying his trade in Cleveland, McClellin plays the role of middle linebacker on the Patriots’ field goal block unit. The play they pulled out against the Ravens, McClellin said, had been in the works for weeks.

“I think it’s just preparation,” the linebacker said. “If you watch the film and you prepare, run it in practice, it’ll work out. … We practiced it for a while. We were just waiting for the right opportunity, and we got it.”

He added: “It was something that we practiced. And practice execution makes game reality.”

The blocked kick was McClellin’s second of the season. His first one, which came in a Week 10 loss to the Seattle Seahawks, was far less acrobatic.

“(This was) the first time I’ve ever jumped over something like that,” McClellin said. “It’s exciting.”

Tucker had made all 48 of his kicks this season (28 field goals, 20 extra points) this season before McClellin’s big play.

?It looked like they timed our snap, and the guy made a hell of a play,” the Ravens kicker said. “I don?t know what happens in their meetings, but the guy made a good play on the ball.?

— It was a Jekyll-and-Hyde night for the Patriots’ special teams.

The good: McClellin’s blocked field goal, plus two Ryan Allen punts that were downed inside the 2.

The not-so-good: A muffed punt and a fumbled kickoff, which the Ravens turned into 14 points.

?We were just trying to stay mentally prepared for when we were going to have to get back on (the field),” wide receiver Julian Edelman said of the mindset following the two return miscues. “That?s just how the game rolls sometimes,and I?ve been in that situation. Those guys work hard on a weekly basis. Sometimes, that just happens, so it?s unfortunate and we have to get better and have to learn from it. But it was good to get hit in the face and go out and still get a win.?

— The Ravens have been one of the Patriots’ greatest rivals over the last decade or so, and the atmosphere at Gillette Stadium reflected that.

Monday’s crowd might have been the Patriots’ best of the season. At the very least, it was considerably louder than what the Patriots played in front of in their last primetime home game, the aforementioned loss to Seattle last month.

“Definitely that (playoff) type of atmosphere,” Patriots safety Devin McCourty said. “I mean, we went out there on the first possession that we went out on defensively, and the stadium was rocking. It was loud. We were screaming to try and make checks. I feel like I lost my voice. You love that, though. It?s that time of year where every game matters. Everybody?s playing for something. We?ve just got to try to keep it rolling.”

— ESPN carried the television broadcast of the game, meaning old friend Randy Moss was back in town for the occasion. The former Patriots wide receiver-turned-analyst had a chance to catch up with some familiar faces before the game, including New England coach Bill Belichick. 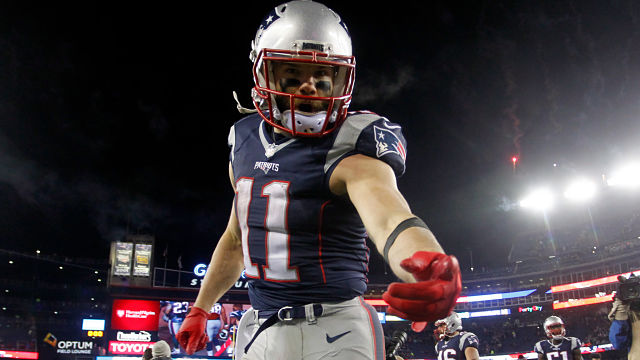 NFL Playoff Picture: Patriots Still Have Inside Track To AFC’s No. 1 Seed After Win 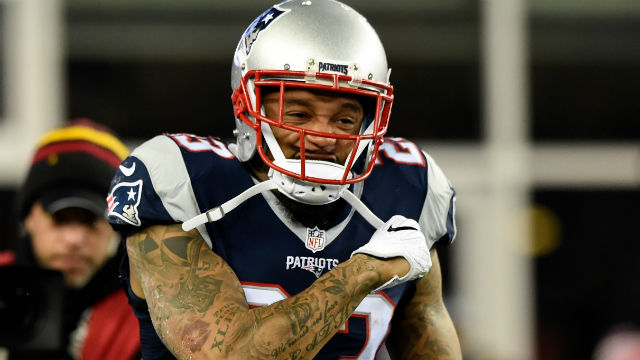