The road sure has been kind to the Boston Bruins on their current stretch away from TD Garden.

The B’s have earned five out of a possible six points through three games on their four-game road trip, and they can keep the good times rolling with two more pointsÂ Thursday night against the Nashville Predators at Bridgestone Arena.

Boston coach Claude Julien said the Bruins will be without defenseman Colin Miller on Thursday after he suffered a lower body injury Tuesday night against the St. Louis Blues. However,Â the news appears to be more encouraging for defenseman Adam McQuaid, who also was injured Tuesday.

McQuaid good to go? Julien: "He says he is, so as long as everything is OK by game time, heâ€™ll be in."

This could have been Bruins fans’ first chance to see P.K. Subban in a Nashville uniform, but he’s on injured reserve.

Nashville enters Thursday in fourth place in the Central Division and one pointÂ behind the Los Angeles Kings and Vancouver Canucks for the final Western Conference wild-card playoff spot. The Bruins, meanwhile, are in second place in the Atlantic Division. 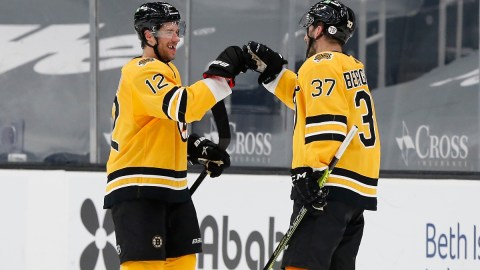