FOXBORO, Mass. — On the final play of the New England Patriots’ third possession Sunday night, Tom Brady turned his eyes toward the end zone and saw Chris Hogan standing there, all alone, without a single Pittsburgh Steelers defender within 10 yards of him.

Throughout the AFC Championship Game, Hogan and Brady worked together to systematically dismantle the Steelers’ secondary, hooking up nine times on 12 targets for a Patriots playoff-record 180 yards and two touchdowns in a 36-17 victory that sent New England to Super Bowl LI.

?It?ll be something that definitely I?ll remember for the rest of my career, and probably for the rest of my life,” Hogan said after the game. “Someone told me that this was going to be a game that you?ll look back on 30 years from now and you?ll remember exactly what happened. I?m happy for everyone in this locker room, all these guys in the locker room (and the) the coaches. We?ve worked so hard to get here, and I was just happy that I was able to help this team get a win.?

Hogan was able to exploit gaping holes in Pittsburgh’s coverage throughout the contest, routinely finding himself wide open downfield. That was the case on both of his touchdown passes, including one that came on a flea flicker midway through the second quarter.

?We had a good game plan going in there, and they played zone,” Hogan explained. “And after that, after we kind of knew what they were doing, we just ? (offensive coordinator Josh McDaniels) was calling good plays, and Tom was able to find the open guys.?

Hogan was a productive deep threat for the Patriots throughout the regular season — he finished tied for the NFL lead in yards per catch with 17.9 — but he has found another gear this postseason. He caught a total of 13 passes on 16 targets for 275 yards and two scores in wins over the Steelers and Houston Texans, including receptions of 21, 22, 24, 26, 34, 39 and 45 yards.

“He?s been incredible,” Brady said. “I mean, to lead the league in average yards per catch is spectacular. He?s made big plays for us all season, he made big plays in the biggest game of the year for us.”

Sunday’s win was a bounce-back game for Brady, who struggled during New England’s divisional-round win over Houston. The 39-year-old quarterback completed 32 of 42 passes and broke his own franchise record for passing yards in a playoff game with 384. He completed passes to nine different receivers, including nine for 118 yards and one touchdown to Julian Edelman.

But the star of the show was Hogan, who has risen to the occasion in his first taste of postseason football.

“It was an unbelievable day for him,” Edelman said. “Anytime you?ve got guys making those plays, it?s going to be great for the offense. He deserves it. He?s been working his tail off.? 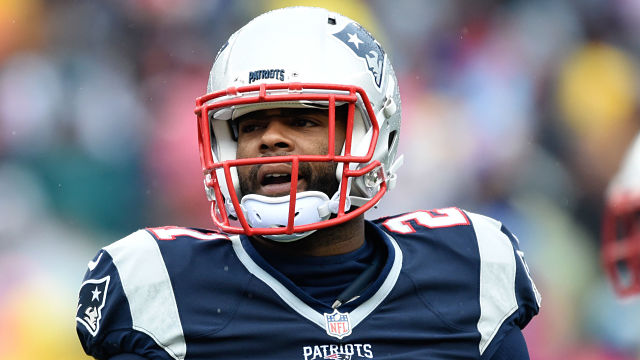 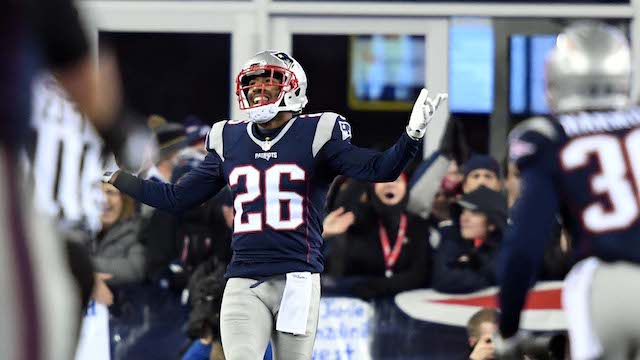