BC 3, PC 1: Game 2 of the Frozen Fenway Hockey East doubleheader was close throughout, but the Eagles pulled away in the final minutes thanks to David Cotton’s power-play goal and Austin Cangelosi’s empty-netter just a few minutes later.

Josh Wilkins opened the scoring for the Friars in the second period, but the Eagles scored the final three goals, the first of which came off the stick of Michael Kim.

Third period, 3:11, BC 2, PC 1:  David Cotton scored what might end up being the game-winning goal at this rate. JD Dudek and Julius Mattila both were credited with the assists on the power-play goal.

Third period, 4:48, PC 1, BC 1: The Eagles have another power-play opportunity after Brian Pinho was sent to the box for interference with less than five minutes remaining in regulation.

Third period, 12:21, PC 1, BC 1: The Eagles have another power-play opportunity after Jake Walman was sent to the box for a high stick.

Third period, 16:41, PC 1, BC 1: Brandon Duhaime and Zach Walker both were sent to the sin bin, but Duhaime received an extra minor, giving BC a power play.

Start third period, PC 1, BC 1: The final (regulation) period of hockey at Fenway Park on Sunday has begun.

Second period, 11:38, PC 1, BC 1: Michael Kim got BC on the board and knotted the game at one goal apiece. Austin Cangelosi earned the assist on the goal.

Second period, 16:00, PC 1-0: The Friars opened the scoring with a Josh Wilkins power-play goal. Brandon Duhaime and Bryan Lemos were credited with the assists.

End first period, BC 0, PC 0: Boston College had far more opportunities in the first period with eight shots on goal, while Providence College only had three, but neither team could find the back of the net. The Friars will have 1:36 of power-play time at the start of the second.

First period, 16:28, BC 0, PC 0: The game has started, and the teams were assessed matching penalties for hitting after the whistle at the 16:28 mark.

The No. 5 Boston University Terriers downed the UMass Minutemen 5-3 in Game 1 of the Hockey East doubleheader. Next up are the No. 8 Boston College Eagles and Providence College Friars.

Here are the lines for both teams.

Two potential lineups for today. Casey Fitzgerald is a game-time decision. Colin White is out, but Ryan Fitzgerald back in. #FrozenFenway pic.twitter.com/U8zsCFUBsr

Make sure to keep it right here throughout the game for live updates and analysis. 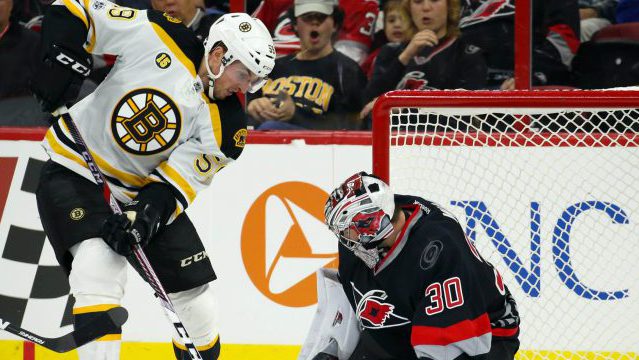 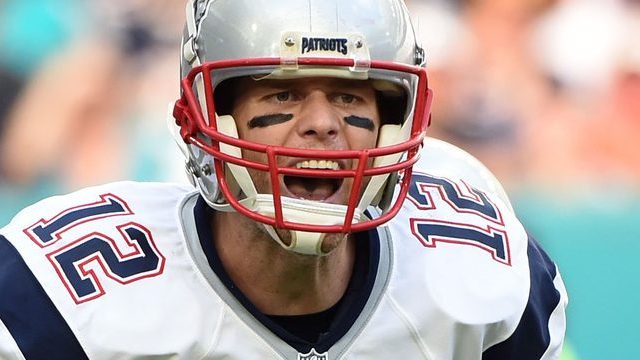 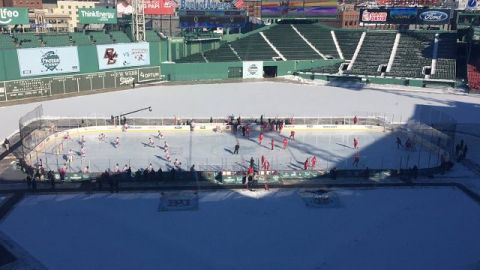