The battle for the NFL’s highest individual award has been fierce this season.

With the regular season in the rear-view mirror and Wild Card Weekend on the horizon, here’s a look at the cases for and against each of the top six Most Valuable Player candidates, ranked from highest odds of victory to lowest. (All betting lines via Bovada.)

Matt Ryan (-300)
The case for: Ryan’s stats have been phenomenal this season. The Atlanta Falcons quarterback’s NFL-leading 117.1 passer rating is the fifth-highest in league history — one-tenth of a point shy of Tom Brady’s 2007 mark — and he also leads all passers in yards per attempt (9.26) and ranks second in passing yards (4,944) and touchdown passes (38). Throw in a third-place finish in completion percentage (69.9) and a first-round playoff bye, and that’s one heck of a resume.

The case against: It’s tough to make one. There’s no compelling argument against the former Boston College star, who is enjoying without a doubt his finest NFL season. Tom Brady’s numbers weren’t far behind, however, which could put Ryan in trouble if voters choose to ignore Brady’s four-game suspension.

Aaron Rodgers (+325)
The case for: Rodgers almost singlehandedly carried the Green Bay Packers to the playoffs, throwing 15 touchdowns with zero interceptions during the team’s regular season-ending six-game winning streak. With the injuries the Packers have sustained on offense this season, they should be nowhere near the postseason. But thanks to Rodgers, they now look like a dark-horse Super Bowl threat in the highly competitive NFC.

The case against: Rodgers was just OK before his Packers went on their late-season tear. He certainly wasn’t a significant step above any of the other quarterbacks on this list.

Tom Brady (+375)
The case for: Brady came out firing following his Deflategate suspension and never let up, posting a 28-to-2 touchdown-to-interception ratio that was the best in NFL history. The New England Patriots went 11-1 with him at the controls, averaging 30.0 points per game and posting a scoring differential of plus-171. It easily was one of the best seasons of Brady’s career, which is saying something.

The case against: Whether you agree with the reason for his suspension or not, Brady played in just 12 games this season, and the Patriots were talented enough as a team to go 3-1 without him. Good luck finding a deeper and more skilled group of offensive weapons than the one Brady had to work with this season.

Ezekiel Elliott (+3300)
The case for: One half of the Dallas Cowboys’ electrifying rookie duo, Elliott was the NFL’s most productive running back this season, leading the league in both carries (322) and rushing yards (1,631). The Ohio State product also paced all NFL backs with 14 rushes of 20 or more yards and ranked third with 15 rushing touchdowns.

The case against: He’s a running back. Eight of the last nine MVPs were quarterbacks, with Adrian Peterson in 2009 being the lone exception. Elliott also has the benefit of running behind Dallas’ beastly offensive line, and he could split votes with his quarterback, Dak Prescott.

Derek Carr (+3300)
The case for: Honestly, it’s a bit surprising to see Carr’s odds this low, even after a broken leg ended his season in Week 16. He was one of the NFL’s biggest breakout stars this season, and the Oakland Raiders’ performance in their first game without him proved just how important he was to the league’s most improved team.

The case against: Carr’s numbers aren’t nearly as good as Ryan’s, Brady’s or Rodgers’, and while MVP is supposed to be a regular-season award, the fact that voters know he won’t be playing in the playoffs surely will work against him.

Dak Prescott (+3600)
The case for: Prescott did this season what Brady did in 2001, playing so well in place of an injured quarterback — Tony Romo in this case — that his team couldn’t turn away even after the original starting QB returned to full health. Dallas finished an NFC-best 13-3 with Prescott at the helm, and the unheralded fourth-round draft pick ranked third in the league in passer rating (104.9, trailing only Brady and Ryan) and fourth in completion percentage (67.8).

The case against: Sharing a backfield with Elliott certainly helped boost Prescott’s rookie-year production, but it’ll hurt his standing in the eyes of MVP voters. 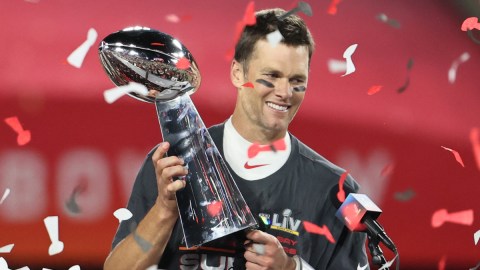 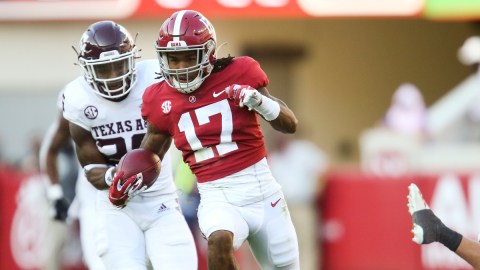