Tom Brady’s stable of offensive weapons is incredibly deep this season. But lately, two of those weapons have played far larger roles than the others in the New England Patriots’ passing game.

Brady leaned heavily on wide receivers Julian Edelman and Chris Hogan during postseason wins over the Houston Texans and Pittsburgh Steelers, and the two responded with a pair of wildly productive performances to help lead New England to Super Bowl LI.

Since the start of the playoffs, Edelman and Hogan have accounted for 29 of Brady’s 50 completions, 530 of his 671 passing yards and three of his five touchdown passes.

Hogan racked up 95 receiving yards on four catches against Houston in the divisional round, then enjoyed the best game of his career against Pittsburgh in the AFC Championship Game, catching a career-high nine passes for a Patriots playoff-record 180 yards and two scores.

Edelman was Brady’s favorite target all season, but his usage has skyrocketed since tight end Rob Gronkowski went down with a season-ending back injury in late November. Edelman has topped 100 yards in each of his last three games, including a Week 17 win over the Miami Dolphins. He caught eight balls in each playoff contest for a total of 255 yards and one touchdown.

Below is a look at how the Patriots’ other pass-catchers have fared in the postseason. None has more than six catches over the two games, and all have been held below 50 yards receiving.

Patriots coach Bill Belichick and offensive coordinator Josh McDaniels are known for their ability to alter their game plan based on opponent. But if the recent trend holds, Edelman and Hogan again should be busy Sunday night against the Atlanta Falcons 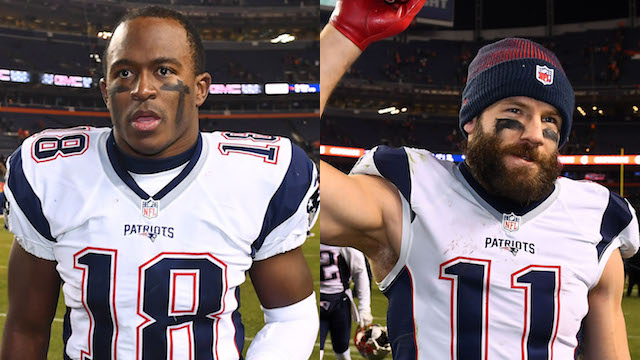 Julian Edelman, Matthew Slater Are Bonded Like Brothers In Their Third Super Bowl 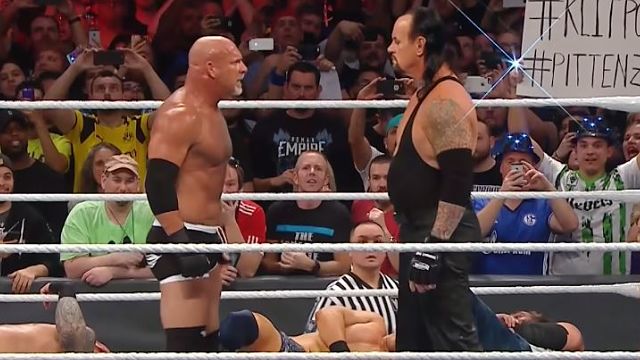