Julio Jones Next Up In Parade Of Elite Receivers For Patriots To Defend - NESN.com Skip to content

Matt Patricia began his Tuesday conference call with a ringing endorsement of the player who will most challenge his New England Patriots defense in Super Bowl LI: Atlanta Falcons wide receiver Julio Jones.

New England largely shut down stud wideouts DeAndre Hopkins and Antonio Brown in the divisional round and AFC Championship Game, respectively, but Jones has been more productive than both of those players this season.

A first-team All-Pro in 2015 and 2016, Jones ranked in the top five in the NFL in receiving yards (1,409; second), yards per catch (17.0; fourth) and receiving first downs (64; tied for fourth) during the regular season and is a few days removed from torching the Green Bay Packers in the NFC title game. He caught nine passes for 180 yards and two touchdowns in that game, and Atlanta cruised to a 44-21 win.

The highlight of Jones’ NFC championship performance? Take your pick. We’d go with either the 73-yard catch-and-run during which he shook off two Packers defenders en route to the end zone or the leaping grab over the middle that involved him landing directly on his head.

Jones is big (6-foot-3, 220 pounds), fast, physical — and oh yeah, he also has the luxury of catching passes from NFL MVP favorite Matt Ryan, with whom he’s played since his rookie year.

“Just his ability to get the ball, get vertical into the defense towards the end zone, stiff-arm a defender, break a tackle, run away from guys — it?s just he?s such a dynamic player in that aspect that he can give you a lot of problems,” Patricia said. “… He and Matt Ryan have great chemistry where the route might be changed (because of) something that was called, but because of the coverage, they?ve adjusted it, and he?s been able to work himself into open space and then Ryan will get him the ball. He?s a great player.”

Jones is the star of the show, but he’s far from the only weapon in Atlanta’s top-ranked offense. Nos. 2 and 3 receivers Mohamed Sanu and Taylor Gabriel have combined for 1,423 receiving yards and 12 touchdowns between the regular season and postseason, and Devonta Freeman and Tevin Coleman are two of the NFL’s more dynamic running backs. 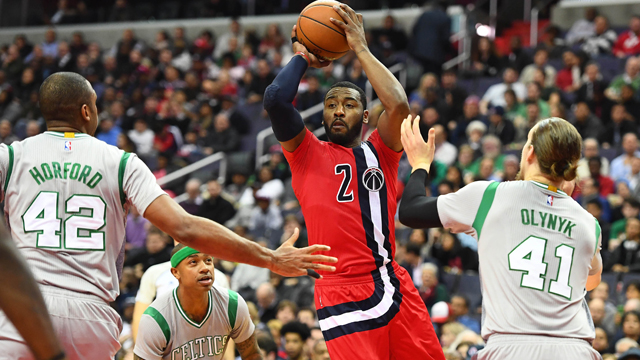 Celtics Player Pulls An OBJ, Punches Hole In Wall After Loss To Wizards 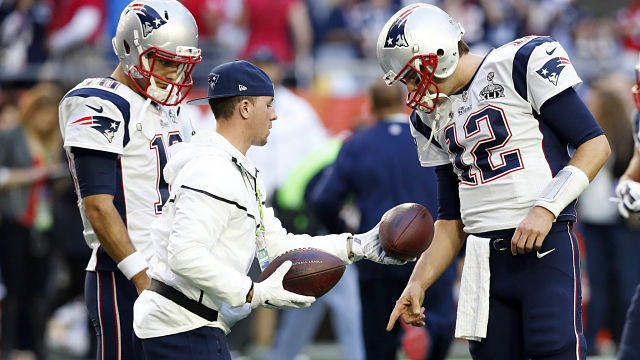