FOXBORO, Mass. — As any Massachusetts native knows, there’s not a whole heck of a lot to do in the area surrounding Gillette Stadium.

But while some New England Patriots players might not love the fact that the nearest major city is a 30-plus-minute drive away from their workplace, wide receiver Michael Floyd believes the setting is perfect for him.

“I like it,” Floyd said after Wednesday’s practice. “It’s kind of a place for me. Not too many things to do around here. And I like the culture the team brings and the chemistry of the guys.”

Floyd landed in New England last month after his former team, the Arizona Cardinals, cut ties with him following a DUI arrest. The Patriots quickly claimed the wideout off waivers, and since then, he has resided in a hotel close to the stadium.

In addition to a quick commute to work, that living arrangement has given the 27-year-old wideout a place to digest the Patriots’ notoriously complex playbook with minimal distractions.

“That’s good for me,” Floyd said. “It’s good to be strictly focused on the playbook and getting to know this offense, for sure. That takes up most of my time, really.”

He added: “It’s kind of a place for me (where) I can really actually just focus in on football. I can get to work in less than three minutes, so I really like it.”

Floyd said the Patriots have a “different attitude” than the one he experienced during his four-plus seasons in Arizona.

“(It’s a) different feeling,” he said. “And being the new guy coming in, I think you’ve got to be up on everything, on your toes and just making sure that whatever they throw at you, you’re right on top of it, and you’re focused, and you’re ready whenever your (name) is called.”

Floyd said the support he has received from the Patriots’ coaching staff has made him feel “like (he’s) been here for quite some time.” But his learning of New England’s offense still is a work in progress.

“I think I started off with learning one position,” Floyd explained, “and then as I get that down pat, I focus on the whole — all the position of the wide receivers. It’s coming along. It takes time, obviously. I got here at a different time than most of these guys here, but it’s coming along, and I like it.”

After being inactive for his first game as a Patriot and playing sparingly in his New England debut, Floyd enjoyed a breakout performance in Week 17. He caught a touchdown pass in a 35-14 rout of the Miami Dolphins and delivered a crushing block that sprung fellow receiver Julian Edelman for a 77-yard score.

“That was basically like me scoring,” Floyd said with a smile. “I sprung open Jules, and he did the rest.”

It remains unclear how Floyd will factor into the Patriots’ game plan for Saturday night’s divisional-round playoff game against the Houston Texans. Malcolm Mitchell and Danny Amendola both returned to practice last week after missing the Dolphins game, giving the Patriots five healthy options at wide receiver. 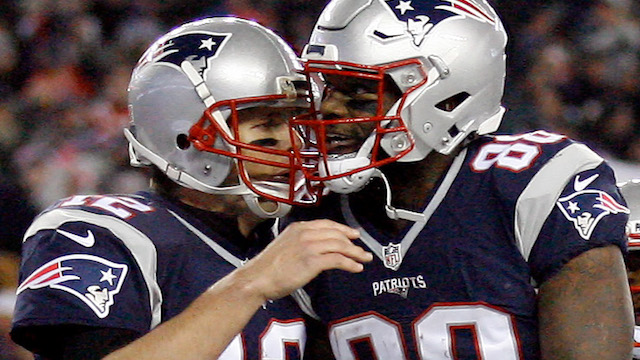 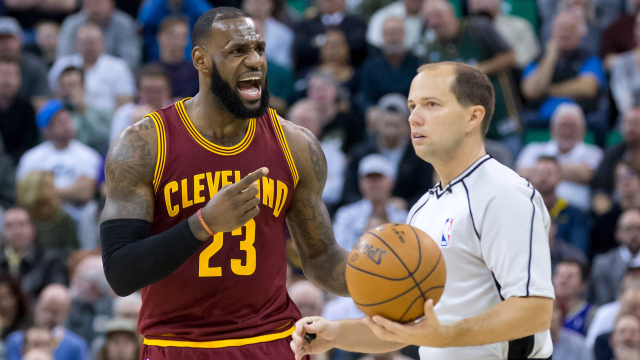 LeBron James Reportedly Ticked Off About Way He’s Being Officiated