FOXBORO, Mass. — Michael Floyd hasn?t completed his crash course yet, which perhaps could explain why the Patriots wide receiver looked lost in New England?s divisional-round win over the Houston Texans.

Floyd, who was claimed off waivers by New England last month after a DUI arrest ended his tenure with the Arizona Cardinals, caught only one pass on three targets for 9 yards against Houston. He also dropped a pass from Tom Brady that resulted in an interception for Texans cornerback A.J. Bouye.

At this point, it?s reasonable to wonder how much trust Brady has in his new weapon, although Floyd isn?t letting that possibility affect his preparation for Sunday?s AFC Championship Game against the Pittsburgh Steelers at Gillette Stadium.

?I?ve only been here a month, so I think that?s every single day that I?ve got to keep my head in the playbook and ask questions. That?s what I do every single day,? Floyd said Wednesday. ?There?s nothing wrong about asking questions, and they see that I?m the new guy here, and for the most part, they all have answers.?

Floyd experienced both highs and lows during his time with Arizona, with his best season coming in 2013, when he caught 65 passes for 1,041 yards. He hasn?t made much of an impact in three games (two regular season and one playoff) with New England, but Patriots head coach Bill Belichick clearly saw enough potential in Floyd to bring aboard the beleaguered 27-year-old.

?I think the whole offense, especially the skill guys and the quarterbacks, have helped me fit in very well,? Floyd said of his adjustment since arriving in New England. ?That?s also doing the extra work of going through the playbook. Tom (Brady) likes things a certain way, so me being the new guy — or any of us — we make sure that we do it that way.?

Regardless of the results thus far, Floyd insists he isn?t fazed by the pressure of getting up to speed as the Patriots prepare to face the Steelers with a trip to Super Bowl LI on the line.

?I was in the NFC Championship last year. It?s just a big game. It?s the game before the big one,? Floyd said. ?But this is the most important one, and all of our attention is on the Steelers.?

Still learning New England?s offense, Floyd sure has a lot of homework this week. 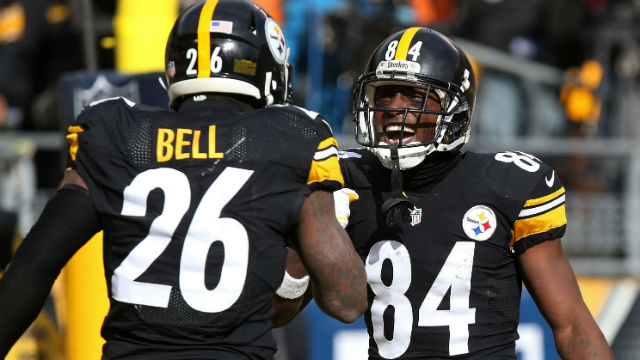 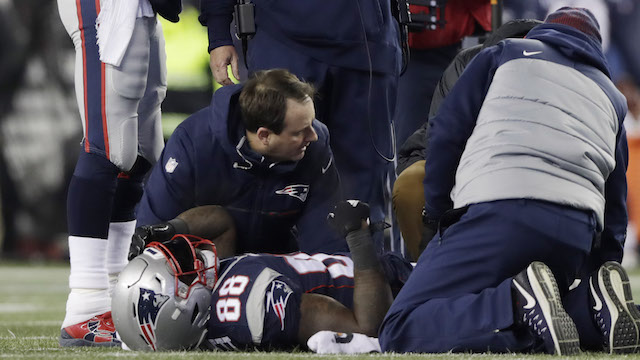