FOXBORO, Mass. — Had the New England Patriots not righted the ship and taken care of business against the Houston Texans on Saturday night, thousands of fingers around Massachusetts would be pointed directly at Eric Rowe.

An unsportsmanlike conduct penalty on Rowe — which the Patriots cornerback picked up for pulling a Texans player out of a post-whistle pileup during the first quarter — extended a Houston drive after New England appeared to have forced a three-and-out.

The drive produced just a field goal, but Rowe’s lapse in judgment shifted momentum away from the heavily favored Patriots and toward the Texans, who entered the divisional-round playoff game as 17-point underdogs. Houston went on to force turnovers on two of New England’s next four plays and scored 10 more points off them, turning a game everyone predicted would be a rout into an unexpectedly close contest.

The Patriots eventually pulled away in a second half that featured three Brock Osweiler interceptions and won 34-16 to advance to the AFC Championship Game, removing the burden of blame from Rowe’s shoulders. Still, it sounds like he learned his lesson.

“You just can’t get stupid penalties,” Rowe said after the game, relaying the words Patriots coach Bill Belichick screamed at him on the sideline. “And I totally agree with that. That was obviously a dumb penalty. It hurt. I think they got three points out of the drive, and I felt like (expletive).”

Rowe said he was surprised he was the only player penalized for the scuffle, which occurred after Patriots cornerback Malcolm Butler tackled Texans wide receiver DeAndre Hopkins.

“It was a huge pile, and I guess I was just the one that got caught,” Rowe said. “But it’s whatever.”

The Patriots defensive back added that he was trying to play the role of peacekeeper, not escalate the scrap.

The Patriots will host either the Kansas City Chiefs or the Pittsburgh Steelers next Sunday night in the conference title game. Rowe plans to be on his best behavior.

“That one was all on me,” he said. “God, I feel terrible. But I know I just can’t make that mistake again.” 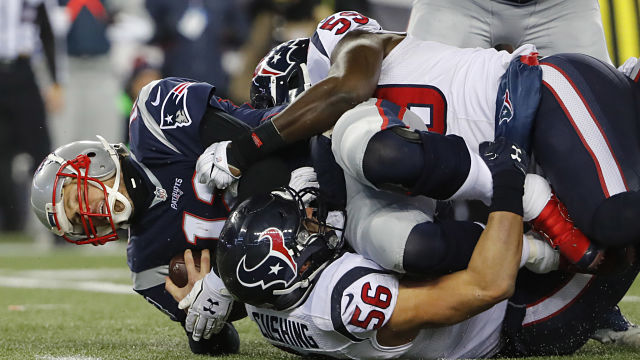 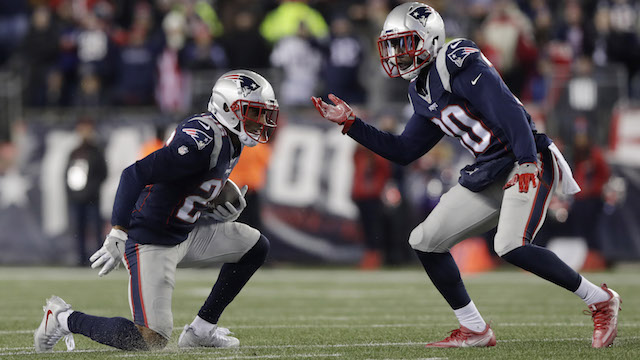