The New England Patriots’ postseason is starting with a whimper.

It’s a foregone conclusion that the Patriots will move on in the playoffs after demolishing the Houston Texans in the divisional round of the playoffs Saturday. The Patriots have done their best to talk up the Texans, and they don’t want to hear about being 16-point favorites, but a loss to Houston would probably rank as the worst loss in franchise history.

With that out of the way, let’s get into this week’s mailbag, where topics are not limited to Texans-Patriots.

@DougKyed do Richards and Grissom have a future with the Pats? Also what position in FA are the Pats more likely to pursue?
— @Samu3lAy97
The Patriots’ playoff matchup is so uninteresting we’re going to start off the mailbag with a question about Jordan Richards and Geneo Grissom.

Just kidding. I thought this would be a good time to assess the Patriots’ 2015 NFL Draft class since we’re two regular seasons in at this point.

Round 1, Pick 32: DT Malcom Brown
Brown played in all 16 games, starting 13 for the Patriots this season. He appeared to be taking a second-year leap before getting benched in the final two weeks of the season after reportedly missing a meeting.

Round 2, Pick 64: SS Jordan Richards
Richards has been relegated to special teams duties and was out-snapped defensively by Nate Ebner.

Round 4, Pick 101: DE Trey Flowers
Flowers is one of the steals of the draft so far. He led the Patriots with seven sacks this season.

Round 4, Pick 111: G Tre’ Jackson
Jackson spent his entire second season on the PUP list with a knee injury.

Round 4, Pick 131: G Shaq Mason
Mason, like Flowers, was a second-half breakout star. He emerged as one of the Patriots’ best offensive linemen this season.

Round 5, Pick 166: LS Joe Cardona
Cardona received approval from the Navy to play during the 2016 season.

Round 6, Pick 202: TE AJ Derby
The Patriots traded Derby to the Denver Broncos for a fifth-round pick at the trade deadline.

Round 7, Pick 247: CB Darryl Roberts
The Patriots elected to keep Jonathan Jones over Roberts at September cuts. He played in 12 games, starting two, with the New York Jets.

Round 7, Pick 253: LB Xzavier Dickson
Dickson is out of the NFL.

All in all, Brown, Flowers and Mason give this a chance to be a solid draft class. Richards and Grissom aren’t expected to contribute on defense anytime soon and weren’t exactly the best second- and third-round picks.

#MailDoug if LG is ill and cannot play, are the Pats vulnerable at the RB position this weekend? @DougKyed
— @AFsurfguy
Not having LeGarrette Blount in the mix would hurt a little bit, but Dion Lewis is a starting-caliber running back. So while they wouldn’t be as strong as they would be with Blount, “vulnerable” is a strong word, especially with James White as the passing back.

The issue is depth if Blount goes down. The Patriots would have to turn to White and Brandon Bolden as their between-the-tackles rushers. They could still probably beat the Texans with that stable, but you don’t necessarily want to give Lewis a full workload, given his size, even in the postseason.

@DougKyed What formation would lead to the max # of WR on the field at one time? Would they use 5 on a spread offence.
— @DONOTIS11
The Patriots don’t typically go five wide at receiver, but they also don’t usually have the depth required. Putting Julian Edelman, Chris Hogan, Malcolm Mitchell, Danny Amendola and Michael Floyd on the field at the same time certainly could strain the Texans’ defense. That likely would require the Texans to put a safety on at least one of those players.

It seems unlikely the Patriots would run a five-receiver set, but it has its advantages.

@DougKyed favorite division round moment?
— @mattstdream
Has to be the Snow Bowl during the 2001 season. My dad and I got tickets to that game the morning of. I wore about seven layers and had half a foot of snow piled on my head by the time Adam Vinatieri kicked the game-winner.

The bleachers at Foxboro Stadium were frigid, and no one really knew what was happening during the “Tuck Rule” play, but it was an awesome game to attend.

@DougKyed thoughts on annother nfl franchise in L.A.? #MailDoug
— @jasproemelt
I think Los Angeles certainly is big enough to have two NFL franchises, but I question the timing. Going 22 years without one team and suddenly having two is an interesting situation. It will work better when LA has the new stadium. Until then, it could be a struggle to get the Coliseum filled to watch the Rams.

I think whichever team starts winning first certainly will build a bigger fanbase more quickly. The Chargers are better built to compete earlier as long as Philip Rivers is willing to stay in Los Angeles.

@DougKyed What kind of an impact do you think Michael Floyd will make this week? #MailDoug
— @NathanWisemanTV
The Patriots first have to decide whether they’ll make him active or not, and that will depend on a couple of factors. If Mitchell, who’s limited in practice this week, can’t play, then Floyd will be active. If Mitchell is active, then the Patriots must decide if they want to keep a fifth — sixth, including Matthew Slater — receiver on their gameday roster over a player at another position.

I think Floyd showed enough in Week 17 to earn an active roster spot. If Mitchell is out, Floyd could play pseudo-starter level snaps. If the Patriots activate all their receivers, then Floyd would take on a specialized reserve outside role. He could work well when the Patriots get into goal line situations given his size, strength and toughness.

@DougKyed Do you expect the Patriots to put Ryan or Rowe on Hopkins? #mAiLdOuG
— @TeamCrazyMatt
The Patriots have two options for how to cover the Texans. They can either have Logan Ryan shadow Hopkins, which he’s had great success at doing in the past, or they can continue to play Malcolm Butler on the left side, Eric Rowe on the ride side and Ryan in the slot.

Doing the latter has helped the Patriots’ defense find some continuity late in the season. But they’ve found specific success against the Texans twice in the last two seasons doing the former.

I’d probably let Ryan shadow Hopkins again, but it’s not an easy decision. Rowe, a young player who’s still new to the position and defense, could begin to struggle if his role changes.

@DougKyed #mAiLdOuG who has the best name in the NFL?
— @ShortDolphin
Ha Ha Clinton-Dix. Duh.

.@DougKyed Contest for what Brady should say/do when Goodell hands him the Lombardi. My entry: Ball don’t lie. What’s yours?
— @MrQuindazzi
There’s a very, very, very good chance he just kills him with kindness if the Patriots win. It would be supremely out of character for Tom Brady to do anything else.

@DougKyed With Blount ill: Do they bar you from being at the facility as a journalist if you obviously have the flu or a cold? I would
— @Patriots_karma
They do not conduct physicals at the blue gate leading to the Gillette Stadium field and media workroom.

It’s New England in the winter. Everyone is sick.

@DougKyed Which are you more excited for this weekend, football or town spa?
— @zacxwolf
That’s actually a pretty good question, Zac, because I don’t expect the Patriots-Texans game to be overly exciting, and Town Spa pizza is really, really good. But I’ll still go with football.

@DougKyed I took another shot at The OC (didn’t catch on the first time). It’s the best, for whatever reason it really hits you hard
— @MacMcLeod4
This isn’t a mailbag question or a question at all. It’s just a true statement about a great show. Everyone should watch “The O.C.” and talk to me about it on Twitter.

@DougKyed sup? #MailDoug
— @erickperdigao
Trying something new by not procrastinating and writing my mailbag early this week because I have friends in town. If it’s bad, blame the lack of procrastination. 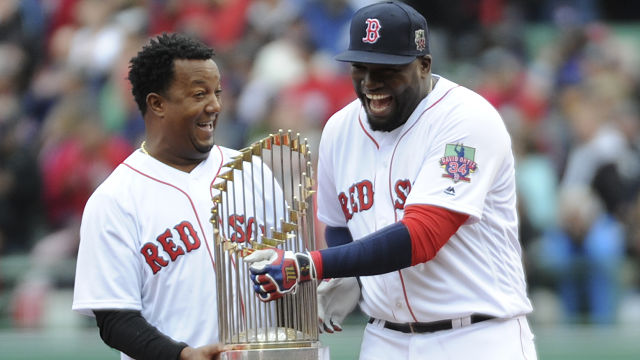 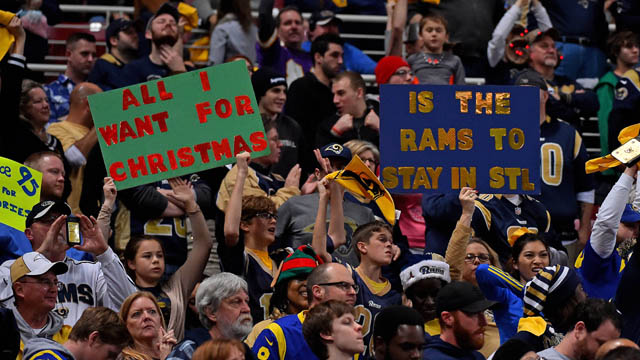 Kings Show No Mercy Toward St. Louis In Ruthless Tweet About NFL Teams