The New England Patriots’ defense still seems offended by midseason criticism. They have a chance to silence all detractors this week.

That is, uh, not strong.

Russell Wilson is by far the best quarterback on that list, he had a down season, and that’s the only game the Patriots lost when they didn’t have a rookie quarterback with a thumb injury under center.

Now the Patriots’ pass defense must prove they can beat a quarterback as good as Ben Roethlisberger on Sunday in the AFC Championship Game.

@DougKyed who is more important to shut down – Bell or Brown? #MailDoug
— @Rotsen1230
That’s the million dollar question this week.

I think it’s Antonio Brown if only because the Patriots haven’t faced a quarterback as good as Roethlisberger since Week 10. The Patriots’ run defense has been more consistent than their pass defense and hasn’t allowed a 100-yard rusher in 418 days, when C.J. Anderson gained 113 yards in Week 12 of the 2015 season.

The Patriots also can afford to single cover Bell in the passing game. Bell only has four receptions for 3 yards through two playoff games. He had 75 catches for 616 yards with two touchdowns during the regular season. But if the Patriots deploy Patrick Chung or Devin McCourty on Bell, they should be able to limit him.

The best option is to double Brown with Butler and a safety, but the Patriots have been hesitant to do this in the past. I believe it should work, however, because Logan Ryan should be able to take on Eli Rogers, Sammie Coates or Cobi Hamilton, and Eric Rowe should be able to handle Darrius Heyward-Bey.

@DougKyed if they patriots do stop Pittsburghs offense and win this game, does it better prepare the defense for either NFC opponent?
— @rickeyeasterjr
Probably. The most important thing is they would know they can win against a top quarterback. Regardless of who comes out of the NFC, the AFC Champion will have to beat a really good quarterback in either Aaron Rodgers or Matt Ryan.

The Patriots’ issues in coverage against running backs, combined with the fact that the Steelers’ tight ends aren’t anything to write home about, is why Chung should be focused on Bell in the passing game.

@DougKyed when will Malcolm Butler be extended? -Joe from Chicago
— @Joey_Mc_Neely
I wouldn’t be surprised if the Patriots wait to give Butler a first-round restricted free-agent tender. There’s risk involved because another team could sign him to an offer sheet with a massive contract attached, but that team also have to give up a first-round pick to acquire him. That draft pick could detract a team from offering Butler a big contract.

There’s a slight risk in giving up a first-round pick for Butler because he’s former undrafted free agent with past off-field issues.

@DougKyed Who do you think can be a player off the radar making an impact for the Patriots vs Steelers? #MailDoug
— @MichaelProOG
Are there off-the-radar players on the Patriots anymore? Maybe Roberts? He was great as a run defender against the Houston Texans in the divisional round of the playoffs. The Patriots just shouldn’t ask him to cover Bell.

@DougKyed when will we get a video feature on you arriving at the stadium like TB12?
— @greenleaf_chris
I’ll talk to our digital video department. The media has a pretty long walk into the stadium, though. And the wait at security might be a little boring.

@DougKyed With Cannon playing the best he’s ever have, is Vollmer done with the Pats if he doesn’t retire?
— @ZakSalant
It’s looking that way. Vollmer remains under contract for next season because he spent this entire year on the physically unable to perform list, but his cap hit will be $5.2 million. That’s a lot of money to pay for a reserve offensive tackle with injury issues.

@DougKyed #MailDoug From a fan perspective,the 2 wks between Championship games&Super Bowl is a hellish nightmare of hottakes.Your feelings?
— @MrQuindazzi
Yeah. Yeah, I agree with that. But would the NFL still be able to make Media Day a primetime event without a two-week run-up to the Super Bowl?

And can you imagine life without a primetime media day?!

@DougKyed When’s the cut-off for saying “Happy New Year” to people you haven’t seen? Asking for a friend (it’s @AndreKhatchNESN). #MailDoug
— @TheRickyDoyle
I might be a terrible person, but I don’t really wish many people a Happy New Year. (Am I a terrible person?) So for me, it would probably be like Jan. 3.

I’d think it’s a little weird if someone wished me a Happy New Year today. So, maybe Jan. 15 or so?

@DougKyed Being national popcorn day, is popcorn your fav snack? What is your go to snack food?
— @rankjas
Popcorn is a great snack. I’m not a big snack guy because if I open a bag of snacks, there’s a decent chance I’ll come close to finishing them. I’m more of a meal or dessert guy.

@DougKyed What kind of binoculars do you use in the press box & do you use them for bird watching as well. I’ll hang up & listen. #MailDoug
— @adampellerin
I use some Bushnell binoculars. I can’t say I’m much of a birdwatcher. Maybe you can take me to some of your favorite spots this offseason, Adam.

@DougKyed who’s your royal rumble pick this year? Feels like it’s very up in the air thanks to brand split.
— @lobster_dog
I’d like it to be Big E.

My wife’s cousin, who’s probably the biggest wrestling fan I know, thinks it could be Braun Strowman.

But seriously, how cool would it be if it was Big E? 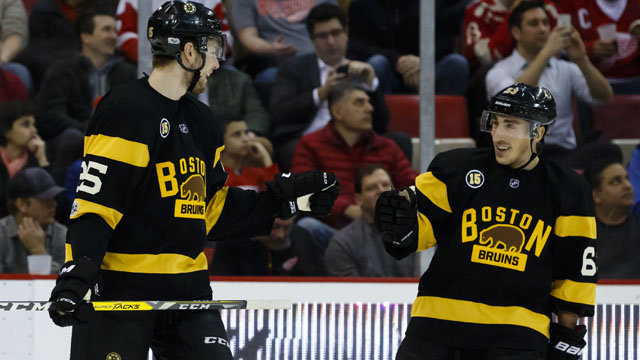 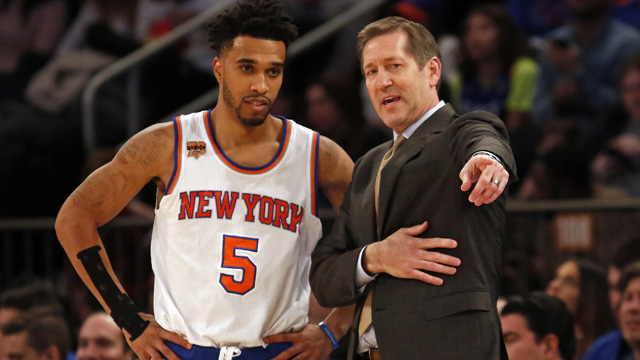