FOXBORO, Mass. — The New England Patriots will head to Houston to play the Atlanta Falcons in Super Bowl LI after a dominant 36-17 win in the AFC Championship Game.

The Pittsburgh Steelers, on the other hand, are headed home to pack up their lockers.

The Patriots demolished the Steelers in what was expected to be a close game. Tom Brady had one of his best playoff performances, and he’ll need more of the same in two weeks to beat the Falcons.

Before we get too far ahead of ourselves, though, let’s go through the six players who stood out in the Patriots’ win.

QB TOM BRADY
It was repeated over and over this week that if Brady had a good game, the Patriots should have no trouble beating the Steelers.

That indeed was the case.

Brady went 32-of-42 passing for 384 yards and three touchdowns against a solid Steelers defense. It was a nice rebound after his worst game of the season, when he threw two interceptions and completed less than 50 percent of his passes against the Houston Texans in the divisional round.

WR CHRIS HOGAN
Hogan is playing his best football of the season when it matters most. He has become a go-to receiver for Brady, and he caught nine passes on 12 targets for 180 yards and two touchdowns, one week after having four catches on four targets for 95 yards.

Hogan broke Deion Branch’s Patriots record for the most receiving yards in a playoff game Sunday, and the postseason seems to suit him well.

And this is the first postseason run of Hogan’s NFL career.

WR JULIAN EDELMAN
Edelman also is playing the best football of the season right now, and he caught eight passes on 10 targets for 118 yards and one touchdown.

Edelman is on an unbelievable tear since the Patriots’ midseason bye week, with 74 catches for 1,003 yards and three touchdowns in a 10-game span.

CB LOGAN RYAN
Ryan struggled early in the game, allowing five catches for 41 yards in the first half, but he finished strong and didn’t allow a catch in the third or fourth quarters. Ryan had a third-down pass breakup in the third quarter and a touchdown-saving pass breakup later in the game.

CB ERIC ROWE
Rowe also had a strong game, allowing four catches on 10 targets for 71 yards with a pass breakup, an interception and a touchdown allowed. The 30-yard touchdown came in garbage time.

Brown was largely neutralized, catching seven passes on nine targets for 77 yards. The Patriots played zone heavily in the second half after running back Le’Veon Bell departed the game with a groin injury. 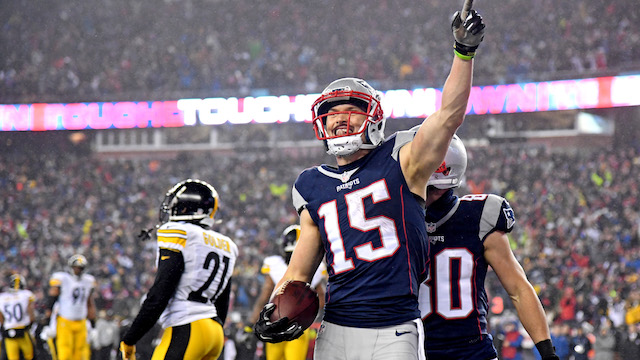 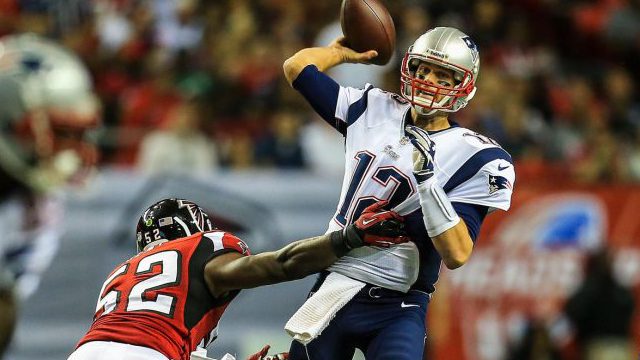