First, they beat the Miami Dolphins 35-14 in their regular-season finale to lock up home-field advantage in the upcoming NFL playoffs. And, perhaps even more importantly, they made it out of that game without any players suffering injuries on Miami’s sorry excuse for a field.

Then, New England watched as the Kansas City Chiefs dispatched the San Diego Chargers and the Oakland Raiders fell flat on their faces in Denver. Those results made the Chiefs, perhaps the Patriots’ most formidable contender in the AFC, the conference’s No. 2 seed, meaning the earliest the Pats could play them would be in the AFC Championship Game.

The Patriots’ status as the top seed also means they’re guaranteed to avoid Ben Roethlisberger and the third-seeded Pittsburgh Steelers in the divisional round. Their opponent for that game won’t be determined until next weekend, but one fact already is clear: New England is guaranteed to have an overwhelming edge at the quarterback position.

In that divisional-round game, which will be played either Jan. 14 or 15 at Gillette Stadium, the Patriots will host the No. 4 Houston Texans, No. 5 Oakland Raiders or No. 6 Dolphins. All of those teams have glaring, bright-red question marks under center.

The Texans, who lost 27-0 to a Jacoby Brissett-led Patriots team back in Week 3, benched big-money QB Brock Osweiler in Week 15, then were forced to turn back to him Sunday after backup Tom Savage entered concussion protocol. Houston coach Bill O’Brien wouldn’t say which player will start in the wild-card round if both are healthy.

As for the Raiders, they looked like the Patriots’ top competition until breakout star Derek Carr went down with a broken leg on Christmas Eve. They inserted veteran backup Matt McGloin in Carr’s place, then watched as McGloin was knocked out of Sunday’s game with a shoulder injury. Rookie third-stringer Connor Cook took over, and Oakland lost to the Broncos 24-6.

The Dolphins, who are guaranteed to play the Patriots if they beat the Steelers next weekend, are in a similar boat. Starter Ryan Tannehill has been sidelined since spraining his MCL in Week 14, and it’s unclear whether he’ll be healthy enough to return within the next two weeks. If he’s not, Miami will stick with Matt Moore, who’s played relatively well in Tannehill’s absence but has been a career backup for a reason.

So to recap, here’s the list of quarterbacks the Patriots could face in two weeks:

Between them, those six QBs have appeared in exactly zero playoff games. 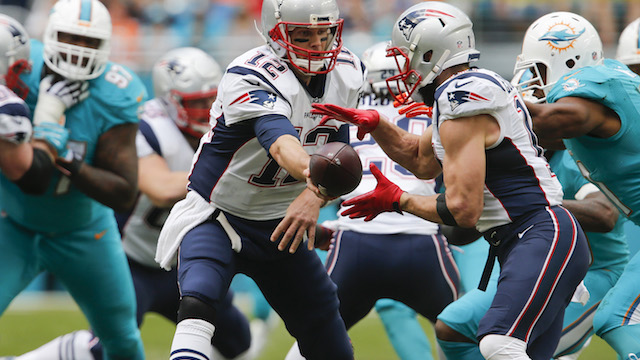 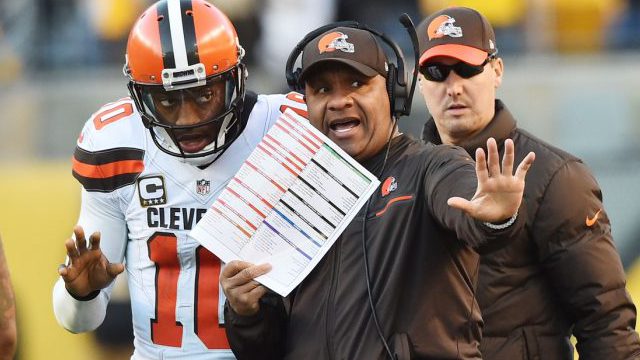