FOXBORO, Mass. — The most popular man on the Gillette Stadium field after the New England Patriots’ win Saturday night was wearing a Houston Texans jersey.

Patriots players and coaches lined up to greet Houston defensive tackle Vince Wilfork, a former Patriots All-Pro who helped New England win two Super Bowls and also was a part of two other teams that reached the Super Bowl but didn’t win.

As the final seconds of the game and perhaps Wilfork’s career ticked off the clock, the Gillette Stadium video board showed Wilfork who received a standing ovation and waved to the fans. Malcolm Butler and Devin McCourty waited their turn before getting their chances to embrace the big fella, as did linebacker Rob Ninkovich. Patriots defensive coordinator Matt Patricia wrapped Wilfork in a bear hug, at least as well as he could wrap his arms around the 325-pounder.

Wilfork always was one of the most popular Patriots players both among fans and especially in the New England locker room, but his homecoming took on a little more this time around, as Wilfork considers retirement.

After the game, Wilfork said he still hasn’t made up his mind, but he’s leaning toward calling it quits.

“I’ll take my time and think about it, but I think I’ve played my last NFL football game,” Wilfork said. “But I’ll take my time and do my due diligence and sit back and see if I really want to retire. We’ll see. I don’t know how long it will take, but I’ll see. But that doesn’t change the fact I enjoyed every bit of my career.”

There’s something fitting about the fact that if Wilfork’s career is over, it ended where it all began — in New England. The Texans defensive tackle spent the first 11 seasons of his likely Hall of Fame career with the Patriots where he became one of the most dominant defensive forces in the NFL.

But even after going their separate ways following the 2014 season — which concluded with a Super Bowl win over the Seattle Seahawks — Wilfork’s connection to the Patriots remained relatively intact. As much was obvious Saturday night when the defensive tackle shared a lengthy embrace with Patriots owner Robert Kraft during pregame warmups. He also made it a point to greet Patriots linebacker Dont’a Hightower and other members of the Patriots staff.

The symmetry of the situation didn’t make it any easier for Wilfork — “It’s never special to lose” — but he did take a moment to reflect on the 13-year ride.

“I enjoyed 11 great years in New England and I enjoyed two great years in Texas with these teammates, unbelievable teammates. I couldn’t have any better teammates from both organizations. You talk about the organization itself, top of the class. They’re just two owners that anyone would love to play for.” 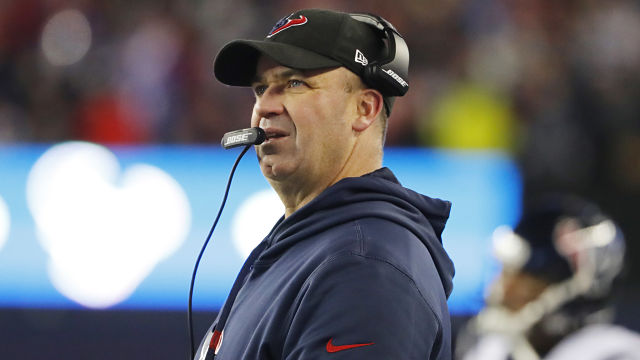 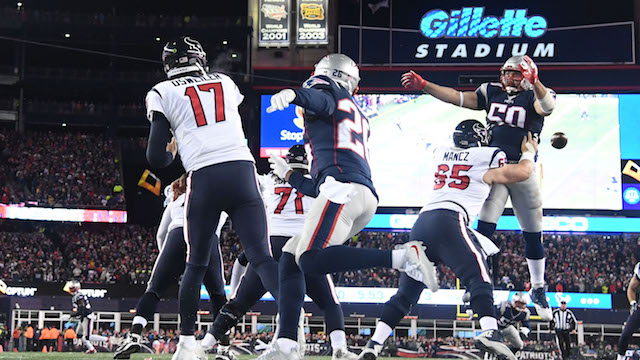