FOXBORO, Mass. — Dion Lewis failed to find the end zone in any of the seven games he played during the 2016 regular season. It did not take him long to break that slump in his first career playoff game.

The New England Patriots running back scored two touchdowns in the first 14 minutes of Saturday night’s divisional-round game against the Houston Texans — one on a 13-yard catch-and-run and another on a 98-yard kickoff return.

The first came on New England’s second possession of the night.

After a pass interference call on Texans cornerback A.J. Bouye and a 22-yard completion from Tom Brady to Chris Hogan gave the Patriots prime field position in Houston’s red zone, Brady lofted a swing pass to Lewis in the left flat. Benardrick McKinney appeared to have Lewis dead to rights, but the 5-foot-8 back froze the linebacker with a subtle juke and coasted the rest of the way into the end zone for the game’s first score.

The Texans responded with a field goal, but Lewis received the ensuing kickoff and took it to the house. He broke a tackle at the 30-yard line, then outran the rest of Houston’s coverage team to score the first kick-return touchdown in Patriots playoff history.

Lewis is just the third player in the Super Bowl era to catch a touchdown pass and return a kickoff for a score in the same playoff game.

Dion Lewis is the 3rd player in the Super Bowl era with both a TD catch & a KR-TD in a single postseason game (Jacoby Jones, Dante Hall) pic.twitter.com/LPUU8FvFKF

Lewis’ first half wasn’t all positive, however. He also fumbled on a kickoff return during the second quarter, leading to the Texans’ first touchdown of the game. 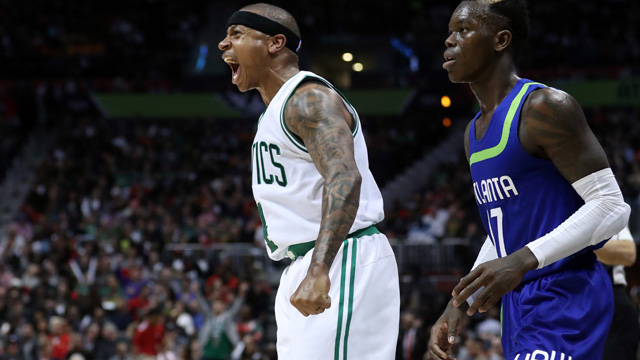 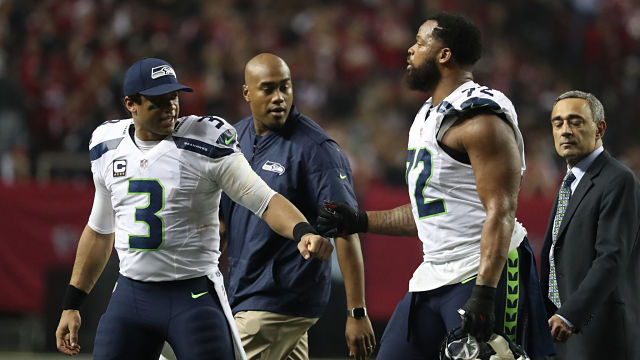