It’s been a long and busy offseason, but the 2017 NASCAR season finally is here.

A lot has changed since the teams left Homestead-Miami Speedway in November. There are new rules, new sponsors and new faces in the newly renamed Monster Energy NASCAR Cup Series. It’s going to be a long season, but there’s plenty to get excited about with Sunday’s 59th running of Daytona 500.

In case you’ve been out of the loop, we’ve gone ahead and made a list of the top-10 storylines to look out for this season.

After missing the final 18 races of the 2016 season due to concussion issues, Earnhardt is ready to return, and appears healthier in more ways than one. NASCAR’s most popular driver stepped back into the No. 88 Nationwide Chevrolet for last Sunday’s qualifying and will be on the front row for the Daytona 500. As usual, will have all eyes on him for the duration of the season.

Races in all three of NASCAR’s national series will look much different this year, with a new stage-based format allowing drivers to earn points in a variety of ways. The rules are pretty complicated, so click here to view our breakdown of the new format. The new system certainly heightens the drama throughout races, which could help the sport’s recently lagging TV ratings, and we think it will lead to more aggressive driving.

NASCAR’s rules, teams, drivers and sponsors have undergone plenty of changes since 2002, but one thing hasn’t changed: Jimmie Johnson’s ability to win. Johnson already has the sport’s record of five consecutive Cup championships, and if he wins his eighth title this season, he’ll have more than any driver in history. Johnson currently is tied with Dale Earnhardt Sr. and Richard Petty with seven Cup championships each.

Previously known as the Sprint Cup Series, NASCAR’s premier series now is sponsored by Monster Energy, thanks to a new multi-year deal. Monster Energy sponsors a variety of action sports, so it will be interesting to see if it brings a similarly youthful approach to a sport that’s desperate for younger viewers.

It’s been a wild offseason for Patrick. The popular Stewart-Haas Racing driver saw Nature’s Bakery withdraw as her primary sponsor, and it wasn’t until last week that Patrick revealed Aspen Dental would fill the void.

What’s more important, though, is where Patrick’s car is on the track, versus what it looks like. She’s still in search of her first race win in Cup, and some believe her window of relevance is closing, although her fourth-place finish in the Advance Auto Parts Clash at Daytona bodes well for her.

Carl Edwards’ surprising retirement from NASCAR opened the door for Mexican driver Daniel Suarez to move up to the Cup level with Joe Gibbs Racing. Suarez will make his Cup series debut in 2017, driving Edwards’ former No. 19 JGR Toyota. He’s not the only rookie who will be driving for Toyota this year, either, as the much-hyped Erik Jones will look to make a splash for Furniture Row Racing in the No. 77 5-Hour Energy Toyota.

NASCAR is making radical changes to improve the safety of its sport. A new damage policy makes it virtually impossible for a car to return to the track after crashing, while a new concussion protocol will make it difficult for drivers to continue racing when they shouldn’t be, something they’ve been known to do in the past. Of course, we won’t know how effective these changes are until the season is well underway.

Suarez and Jones aren’t the only young guns looking to leave their marks this season, as some young racers who already have competed for at least one season are still looking for their first victories. Chase Elliot, who will begin his second consecutive Daytona 500 from the pole, seems primed to breakout for Hendrick Motorsports.

Elliott will have plenty of competition among young drivers looking for their first wins. Austin Dillon and Ryan Blaney’s cars have shown enough speed to think 2017 could be their year, while Kyle Larson looks to work his way toward the sport’s top tier after entering victory lane last season for the first time.

Although a Chevrolet claimed the championship in 2016 and Ford’s stable is growing (more on that later), Toyota simply was the most dominant and consistent manufacturer last season, even ending Chevrolet’s run of 13 consecutive Manufacturers’ Championships. With a new car and some great racers behind the wheel, Toyota again is expected to open the season at the front of the pack.

After being with Chevrolet since it was founded in 2003, Stewart-Haas Racing will field Ford Fusions in 2017. The move represents a major shake up to the balance of power in NASCAR, and could benefit other teams as much as it hurts others. It remains to be seen how this could impact Kevin Harvick, who had spent his entire career to this point in a Chevy, or Kurt Busch, who claimed the 2004 championship behind the wheel of a Ford. 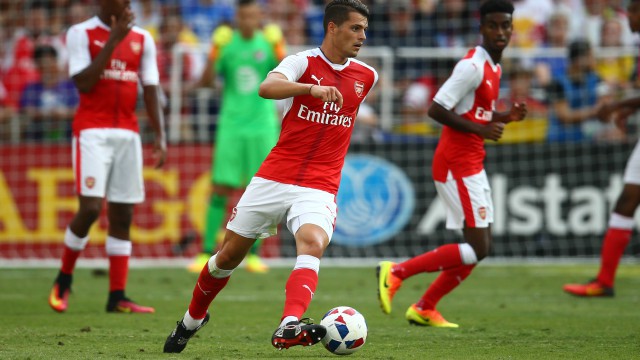 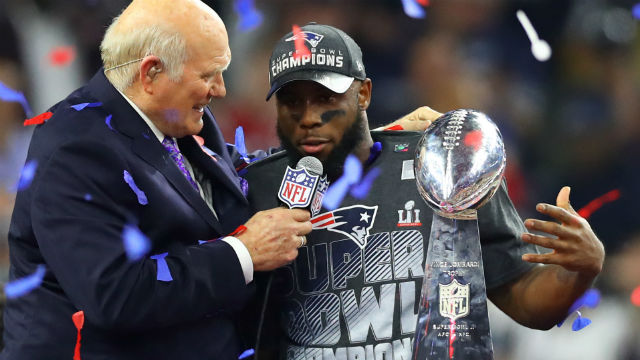 James White Serenaded With ‘MVP’ Chants In Return To Wisconsin