NEW YORK — The first ever UFC women’s featherweight champion was crowned at UFC 208, but it wasn’t without controversy.

Germaine de Randamie defeated Holly Holm via unanimous decision in Saturday night’s main event at Barclays Center to capture the inaugural belt, but there were a couple of controversial moments in the fight that left a bitter taste in Holm’s mouth.

At the end of both the second and third rounds, de Randamie delivered blows to Holm’s head after the bell. The fight’s official, Todd Anderson, who doesn’t have much experience in big events, did not deduct a point from de Randamie in either instance, which likely altered the fight’s decision.

Following the fight, Holm said she thought she missed several opportunities to win on her own, but the late blows from de Randamie could’ve been averted.

“A lot of times with the first one they give a warning,” Holm said. “That?s kind of normal. I wouldn?t expect them to take a point after the first one, even though it was intentional. Then the second time you?d think at that point they?d do something, but I?m just one of those people that feels like I should not let her (do) it anyway.

Holm and de Randamie were respectful toward each other throughout fight week, but Holm said she has lost some respect for the new champion.

“I guess I?d say (I’ve lost respect),” Holm said. “I mean, it?s still a fight. I know she?s not in there trying to be my friend, either. But next time, I?ll just be ready to throw back.”

De Randamie, on the other hand, told the Barclays Center crowd in her post-fight interview with Joe Rogan that there was no intent.

“It was an accident to hit her after the bell, it was never intentional,” de Randamie said. “It was just the heat of the moment. I am not that kind of fighter.”

Intentional or not, it’s understandable why Holm is frustrated that de Randamie only got a warning following not one, but two late strikes. This is now the former bantamweight champion’s third consecutive loss, and the cloud of controversy surrounding the fight only adds salt to her wound. 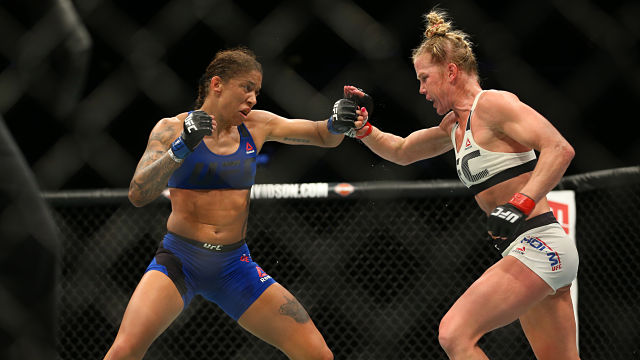 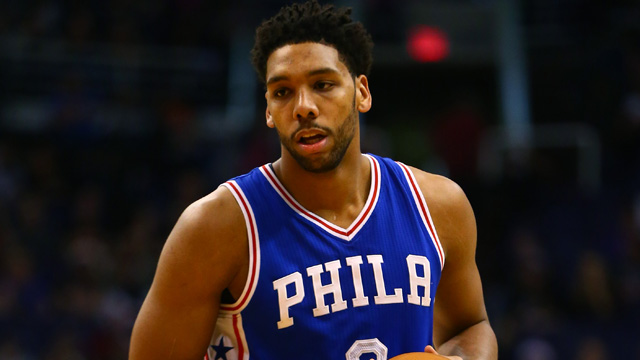