Many players have been linked to the Boston Celtics in trade rumors this season, but perhaps no player makes more sense for Boston’s needs than Dallas Mavericks center Andrew Bogut. Yes, even more than Chicago Bulls forward Jimmy Butler.

Mike Fisher of 105.3 The Fan in Dallas reports the Celtics and Mavericks are expected to discuss a deal around Bogut before Thursday’s NBA trade deadline.

The Mavericks are in a rebuild and are looking for draft picks.

Mark Cuban tells ESPN that Dallas is willing to take on contracts in advance of Thursday's trade deadline if draft compensation is attached.

Let’s face it, the Celtics are a poor rebounding team. They have several undersized frontcourt players and it shows. Boston ranks 29th in defensive rebounding percentage and allows the fifth-most second-chance points.

The Celtics don’t have anyone to combat Cleveland Cavaliers center Tristan Thompson, and the Toronto Raptors now have an even greater rebounding edge over the C’s after acquiring power forward Serge Ibaka via trade last week.

Bogut has championship experience after reaching the NBA Finals in each of the last two seasons as a member of the Golden State Warriors. He blocks shots, plays good interior defense and rebounds well. He would provide a bit of low-post scoring, too.

This move should be Boston’s Plan B if it cannot swing a larger deal for a superstar like Butler. 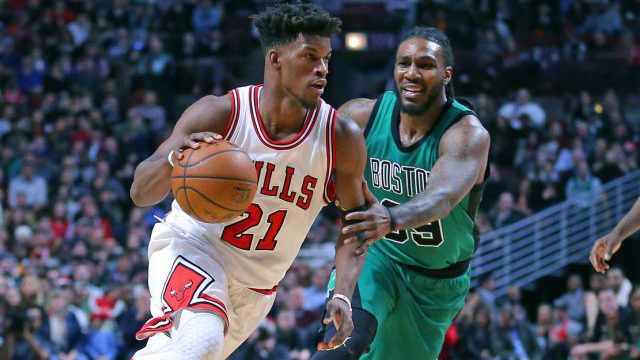