The clock is nearing midnight — or in this case, 3 p.m. — on the NBA trade deadline.

NBA teams have until 3 p.m. ET on Thursday to complete any final transactions before the season’s stretch run. We’ve already seen one blockbuster trade in the Sacramento Kings shipping DeMarcus Cousins to the New Orleans Pelicans, and there figures to be plenty more drama on deadline day.

Will Paul George and Jimmy Butler get dealt? Will the Boston Celtics finally make a move? We’ll find out over the next few hours, so keep it here for the latest rumors, news and deals in our trade deadline day live blog.

3:07 p.m.: Another NBA trade deadline has come and gone without the Boston Celtics getting involved.

3:04 p.m.: Apparently it was Minnesota who backed out of the aforementioned deal with the Knicks.

Sources: Philadelphia has continued to search for a trade for Jahlil Okafor.

2:52 p.m.: As for that Knicks-Timberwolves point guard-centric deal, no dice as right now, per David Aldridge.

As of now (2:52 EDT), no deal between Knicks and Wolves for Rose/Rubio.

2:51 p.m.: Magic Johnson and the Lakers are getting some things done before the deadline.

Indiana has passed on trade offers for Paul George and All-Star forward will remain with the Pacers, league sources tell @TheVertical.

2:45 p.m.: The Bulls and Thunder reportedly have come to terms on a deal.

Sources: OKC and Chicago are nearing agreement on a trade to send package centered on Cameron Payne for Doug McDermott and Taj Gibson.

2:40 p.m.: Time to pump the brakes on that Ricky Rubio-Derrick Rose trade?

2:38 p.m: Indiana reportedly wants quite the package from Boston in a potential Paul George deal.

2:32 p.m.: We have ourselves a trade, as Houston Rockets guard K.J. McDaniels reportedly is headed to the Brooklyn Nets.

Unloading McDaniels to the Nets frees $3M in cap space to use on the buyout market for Houston.

2:30 p.m.: It looks like Andrew Bogut is headed for free agency, after all.

The Sixers do not expect to find a trade for Andrew Bogut before the 3 PM deadline, league sources say

2:28 p.m.: Celtics fans hoping for Paul George might not want to get their hopes up.

I repeat: Paul George – barring a title chance in Indy – is hell-bent on heading for Laker Land. This message has been sent throughout NBA.

2:15 p.m.: Chicago and Oklahoma City still are trying to hash out a deal.

For OKC to acquire both McDermott and Gibson, sources say it would likely take Cameron Payne, Joffrey Lauvergne and draft compensation.

Denver today made a "monster" offer to Indiana for Paul George, league sources tell @ChrisBHaynes and me, but the talks gained no traction.

Woj just said on the Vertical live show the Cs have had no traction with Bulls or Pacers, which is in line with what I've heard for 2 days.

2:03 p.m.: The Thunder reportedly are interested in what the Bulls are selling.

With an hour to go before the trade deadline, ESPN sources tell @royceyoung and me that the Bulls and Thunder remain in active trade talks

1:50 p.m.: With 70 minutes remaining until the deadline, a reminder not to assume all deals are done once the clock strikes 3 p.m.

As we close in on one hour left til the deadline: Deals can and do come in past 3 PM. As long as they are in the queue with NBA by 1/2

Hearing that there's no movement on a potential Jimmy Butler trade 80 minutes to the deadline. Bulls have been saying he won't move today.

1:32 p.m.: The Celtics once again are dominating NBA trade rumors leading up to the deadline.

I just asked a GM, will BOS land anyone before the deadline? The GM predicted they would, and added they may land 2 players. Interesting…

1:13 p.m.: Right now, the song remains the same: lots of Celtics rumors, no Celtics moves. Yet.

Sources: Less than two hours until the NBA Trade Deadline, but no significant traction for Boston on Jimmy Butler or Paul George deals. Yet.

Can echo what @WindhorstESPN just said on @SportsCenter: More than a few rival teams out there think Boston has a shot at Paul George today.

12:53 p.m.: The Sixers reportedly haven’t found a landing spot for Andrew Bogut yet, and it might stay that way.

12:45 p.m.: The Celtics are among the teams reportedly interested in P.J. Tucker.

Suns patiently waiting on PJ Tucker. Offers on the table, but they're hoping a slow trade day boosts value, gets back a decent 1st rd pick

12:37 p.m.: The Knicks and Timberwolves appear serious about a point guard swap.

The Knicks and Timberwolves remain engaged in trade talks toward a deal headlined by Derrick Rose and Ricky Rubio, league sources tell ESPN.

From a source with knowledge of Celtics' plans, whether anything big is there yet.
"Zero."

12:11 p.m.: This report from USA TODAY Sports’ Sam Amick would be a departure from some previous reports.

Say this about Boston: strong sense they're all-in on maximizing this current Isaiah Thomas-led group now, v. being intoxicated by draft

There’s also this tidbit from the Boston Herald’s Steve Bulpett:

2017 Nets pick has always been more in play for George than Butler. Biggest Celtic concern has to be PG's opt-out after 2017-18.

12:09 p.m.: It looks like Andrew Bogut won’t be staying in Philadelphia.

The Sixers will spend the next three hours trying to find a trade home for Andrew Bogut before contemplating a buyout, league sources say

11:57 a.m.: The Celtics could enter the mix in the Nerlens Noel-Andrew Bogut trade, per TNT’s David Aldridge.

Philly indeed working on another landing spot 4 Andrew Bogut, per source, after getting him, Justin Anderson, 1st from Mavs 4 Nerlens Noel.

11:50 a.m.: The Sixers reportedly are getting a coveted big man of their own in return for Nerlens Noel.

Dallas center Andrew Bogut will go to the 76ers in the Noel trade too, league source tells @TheVertical.

11:44 a.m.: The action is starting to heat up, as the Philadelphia 76ers reportedly are dealing big man Nerlens Noel.

11:28 a.m.: The Phoenix Suns reportedly are shopping guard Brandon Knight and have set their asking price.

Brandon Knight wants a new home, but the Suns set the price too high in the past w/ Magic, Kings, Sixers, Bulls. We'll see if that changes

Follow on the Brandon Knight front: I'm told the present-day asking price from the Suns is an expiring contract and a high second rounder

11:21 a.m.: Keep an eye on the Timberwolves as the trade deadline approaches.

Hearing Wolves are determined to move Shabazz Muhammad today, looking for a pick. Don't know if he would be in potential Rubio-Rose deal.

11:04 a.m.: The Celtics apparently aren’t interested in dealing rights to Ante Zizic, one of their “draft-and-stash” big men from the 2016 NBA Draft.

Sources: BOS has received interest in Draft Rights to Ante Zizic, but have rebuffed all. Would only include him in a trade for a star now.

Many NBA scouts believe Zizic would be a top 10 pick if he was in the Draft this year. Has improved his stock quite a bit this year.

Detroit has been aggressive in shopping Reggie Jackson, sources told @TheVertical. Looking for a first round pick, young player, expiring.

10:50 a.m.: The latest on Paul George from ESPN’s Chris Haynes doesn’t seem to bode well for the Celtics.

Teams mulling Paul George trade apprehensive knowing he wants to win w/Pacers, Plan B is Lakers. He won't commit longterm outside those two.

And it has been said already, but the meeting Paul George had with Pacers owner Herb Simon over weekend was cordial, I'm told. No ultimatum.

10:18 a.m.: The Wolves reportedly are active in their attempts to move Ricky Rubio.

The Knicks, sources say, are pushing for an additional piece from Minnesota in the Rubio/DRose talks and that's been the holdup this week.

Toronto's big Deadline Day decision, of course, is whether to finally surrender a first-rounder (likely with Jared Sullinger) for PJ Tucker.

9:35 a.m.: The New York Knicks reportedly have their sights on Ricky Rubio.

9:25 a.m.: The Chicago Bulls are heavily involved in this year’s trade rumors, and not just because of Butler.

The Thunder are frequently good for a Deadline Day surprise and league sources say Chicago's Taj Gibson has emerged as an OKC trade target.

The Sixers will make the best deal they can find, of course, but word is Jahlil Okafor's preferred destination on Deadline Day is Chicago.

Click for a roundup of Wednesday’s NBA trade rumors >> 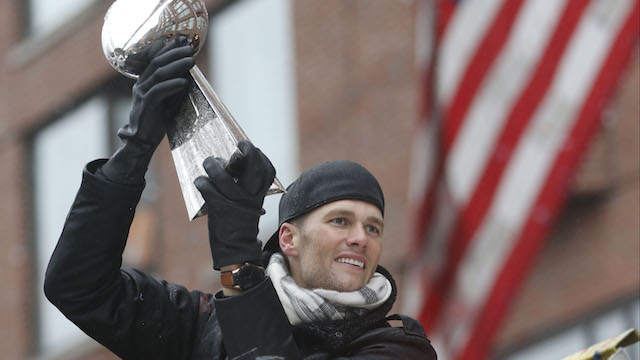 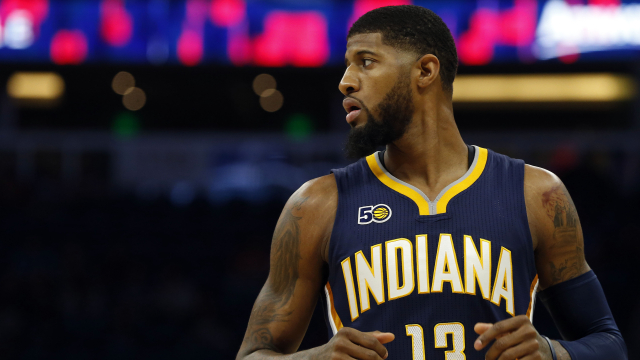