For most NFL rookies, winning a Super Bowl in your first year in the league would be a dream come true. But Cyrus Jones’ rookie campaign certainly wasn’t what he’d imagined.

After being drafted in the second round in 2016, Jones was expected to make an immediate impact in both the Patriots’ secondary and special teams as a return man. However, troubles with ball security and overall inadequate performance caused Jones to be a healthy scratch for five of New England’s final six games, including Super Bowl LI.

Jones technically was a part of the Super Bowl-winning team, but as he told the Baltimore Sun on Thursday, his lack of contribution made him feel undeserving of the accolade.

“I’ll never take credit for something I don’t feel I contributed to,” Jones told the Sun. “I was part of the team, but I didn’t feel a part of it.”

The Alabama product seemed unable to get out of his own way, and his consistent struggles affected his overall mentality.

“I honestly felt cursed,” he said. “I reached a point where I didn’t even want to play. I just didn’t have it.”

Playing for an NFL juggernaut such as the Patriots, failing to live up to expectations causes for backlash from the fans and media. Jones didn’t pretend to avoid the comments, and he shared just how much they messed with his psyche.

“It was hell for me,” he said. “That’s the only way I can describe it. I didn’t feel I deserved to be part of anything that was happening with the team. I felt embarrassed that these people probably thought they wasted a pick on me.”

Still, Jones is confident in his abilities and believes that his rookie season will not define him as an NFL player.

“This is not the end of the world for me,” Jones said. “I have no doubt I’ll be back and this will be a thing of the past. It’s not like I forgot how to play football overnight.” 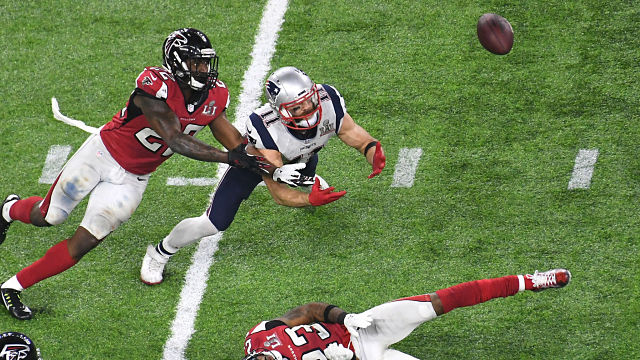