The New England Patriots might as well pack up and go home. If they can’t win in virtual reality, how can they win reality?

We’re kidding, of course, but the former did happen Tuesday night in Houston.

And we’ll say this: Either Bennett is really bad at “Madden,” or Beasley is really, really good.

. @MartysaurusRex taking on Atlanta's Vic Beasley in a game of Madden. Hopefully this isn't a #SuperBowl preview… @ABC6 pic.twitter.com/oRvvHcW0e9

And the final?
Vic – 41 Martellus – 11
Ended with a handshake @ABC6 pic.twitter.com/A3nSdT0EgC

So, yeah. Beasley’s Falcons beat Bennett’s Patriots 41-11. The game was so one-sided that Beasley put in backup quarterback Matt Schaub, who threw for a touchdown to give him as many TD passes as the great Tom Brady. (We do love those all-white Patriots throwback uniforms, though.)

For Patriots fans actually trying to read something into this, a “Madden NFL 17” simulation had New England losing by 13 points in the AFC Championship Game, which it went on to win by 19.

Besides, Bennett doesn’t quite strike us as the sports video game type.

If you feel like watching two grown men play “Madden” for 40 minutes, the full video is below. 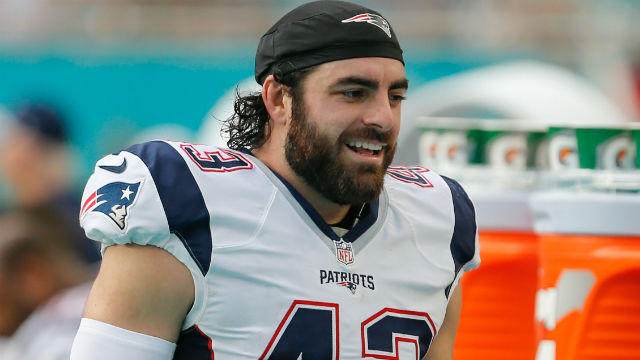 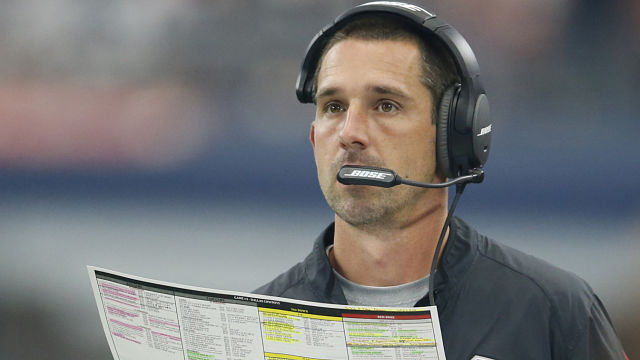