Sorry, but this mailbag is going to start with mention, though only circumstantially, of Deflategate. That’s because it must be acknowledged that Super Bowl LI week has been tame compared to Super Bowl XLIX.

News broke on that deflated ball controversy seemingly on the hour every hour two years ago. This year, Marshall Faulk had to start complaining about something that didn’t happen 15 years ago to drum up headlines and hate from Patriots fans.

This year, devoid of newsworthy items, NFL commissioner Roger Goodell’s presser consisted of questions from six writers on Boston-related topics, and Deflategate is still the root of those queries.

If anything, Barstool Sports caused the biggest stir of Super Bowl week when they were banned from media access, an issue brought up to and then feigned ignorance by the NFL commissioner. Then-Indianapolis Colts punter Pat McAfee elected to retire to join the company. No big deal.

Let’s try to generate some steam for Super Bowl LI in this week’s mailbag.

@DougKyed do you think Patricia will get creative with stunts and blitzes or is this a drop back everyone type game?
— @rickeyeasterjr
It’s the last game of the season, and it’s pretty important. I think now’s as good a time as any to get creative.

I expect to see Dont’a Hightower and Kyle Van Noy rush more than they’ve rushed over the second half of the season. I expect to see the Patriots try to generate some pressure against Matt Ryan because I think they’ll have confidence, at least to start the game, in their secondary’s ability to cover the Falcons’ receivers, as long as Julio Jones is double covered.

The Patriots had the No. 1 defense is points allowed this season, but I think one of the reasons they weren’t considered an elite unit is because they barely generated a pass rush all season. It’s time to unleash Hightower and Van Noy, two of the Patriots’ best players at bringing pressure.

@DougKyed with all the talk on Butler and Ryan, what should we expect from Rowe on Sunday? #MailDoug
— @Cheech_n_Jon
To cover Julio Jones with help from Devin McCourty and Duron Harmon over the top. Eric Rowe tipped the Patriots’ hand earlier this week when he said Logan Ryan would cover Mohamed Sanu in the slot. That seemingly would leave Rowe on Jones and Malcolm Butler on Taylor Gabriel, because Rowe won’t be able to cover Gabriel.

How will Rowe fare? Fine, as long as he has plenty of help. He has the size to get his hands on some passes headed Jones’ way.

@DougKyed Is this season the happiest you have seen Bill Belichick? Seems very proud of this year’s team #MailDoug
— @vulpinepcl
I kind of feel like Belichick gets happier every season. He was really happy last season, too.

He even complimented this year’s camp of reporters saying, paraphrasing, that we’re the best group he’s seen in a while. Maybe that’s why he’s happier.

@DougKyed what are some key off-the-radar matchups and players in SB51? #MailDoug
— @swirley0813
It’s simple, but the Patriots’ offensive line against the Falcons’ pass rush. I believe the Patriots’ offensive line can stymie the Falcons’ pass rush. Vic Beasley is the biggest threat, and he’s struggled against top-tier offenses.

It also will be fascinating to watch guys like Dont’a Hightower and Alan Branch go against Falcons running backs Devonta Freeman and Tevin Coleman. Freeman and Coleman are really good, but so is the Patriots’ run defense.

@DougKyed could you cover Julio one on one? #MailDoug
— @PatriotsFans1
As in like, could I cover Jones as a reporter by myself? Yes. I covered the Patriots as a team by myself for three seasons before Zack Cox joined the beat this season. I think it would be quite easy to be a Julio Jones beat reporter so I could do it. Would I want to? Probably not, because I like my job, and that seems boring.

Can I cover him on a football field like a cornerback one-on-one? Also yes, as long as he agrees to wear cross country skis.

@DougKyed Goodell press conference, do you just sit there and roll your eyes when he “answers a question”
— @rankjas
If we’re being honest here, and I do think all of my readers are in my circle of trust, then yes.

@DougKyed why don’t you call it a TwitterBag? #TweetDoug
— @AndrewSousa79
Because mail is tangible and thus can be put in a bag. Tweets are immaterial. A TwitterBag is simply a laptop carrier.

@DougKyed pb&j in one jar mixed or pb on one slice and j on the other slice ?
— @Mace_1109
The latter. How can you ever be taught hard work and dedication if you’re given an easy road like peanut butter and jelly in one jar?

Football players LOVE sandwiches with peanut butter on them.

@DougKyed should we be concerned about losing Ryan Allen to @barstoolsports
— @Jremmes333
He might be able to do movie reviews. Don’t tell them.

@DougKyed On a scale of 1-10 how much do you enjoy your job? #MailDoug
— @grimes_geoffrey
I’ll give it a strong 10, especially after weeks like this when I get to hang out with my wonderful peers.

@DougKyed who’s the running back the Patriots will lean on most in this game?
— @Rotsen1230
LeGarrette Blount. Fullback James Develin taught the media this week that F equals MA. The Falcons’ defense is fast. Blount is powerful and pretty fast. Blount could be able to run through smaller linebackers like Deion Jones.

@DougKyed how does Tom Brady smell? #MailDoug
— @Thedrkknght
With his nose, just like you and me.

How do I learn to be funnier in person as opposed to on Twitter? #MailDoug
— @NoraPrinciotti
Nora, I’m the wrong person to ask because I’ve admitted I’m funnier on Twitter than in real life, though I’m starting to think it’s a closer call than I originally gave my IRL self credit for. 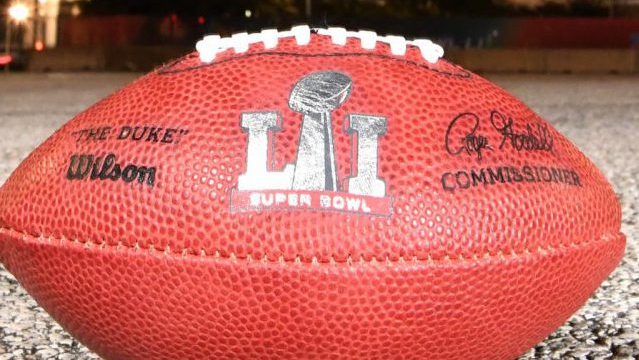