There's An Alternate Universe Where Julian Edelman Is With The Packers - NESN.com Skip to content

Edelman appeared on NFL Network’s “Total Access” on Tuesday night and was asked how he wound up with the Patriots after he wasn’t even invited to the 2009 NFL Scouting Combine while coming out of Kent State as a quarterback (did you know Edelman played quarterback in college?!)

It’s a lengthy tale from Edelman but worth reading in its entirety.

“It’s crazy, so the whole not going to the combine thing, you have your pro day, and so at your pro day you go, and there’s a bunch of scouts there,” Edelman said. “After the pro days, you get worked out by teams. That was during the time of the wildcat, so I was a mobile quarterback, that was just a huge hit in the league, so it was a fad. My draft stock kind of went up and teams were kind of interested to see if I could potentially play that position and put me on special teams and stuff like that. So, I would get worked out by teams, Pittsburgh, Miami, Chicago. And then New England came in, and they sent the running backs coach, Ivan Fears.

“He had me a do a bunch of series of drills, and he goes, ‘Hey, you can catch the ball pretty well. So, then they sent out another coach, Coach Scotty O’Brien, and he wanted to see if I could catch punts. This was a different time, and usually, a team works you out once. They worked me out twice. So, then I had to catch punts and do stuff with him, and he made me do receiver drills because he wanted to see if I could run routes.

“After that, you have a process of where you go on team visits, and you visit the general manager and you see the upper division, and they show you the facilities and this and that. I went on probably three or four of those, and New England didn’t bring me in. The whole time during draft day, I’m like, ‘Well, they didn’t like me, I guess, because they didn’t bring me in for a visit. I don’t even know how it went.’ I’m sitting here, and I’m watching Miami, because Miami brought me in for a visit, so I thought that would be kind of a cool place to go. They ended up getting Pat White, and I’m sitting there, and all of a sudden my agent hits me up in like the sixth or seventh round, and we had like 10 teams call for me to be a priority free agent. We were thinking of signing with Green Bay if that happens, so I was going to sign with Green Bay. We thought it would be in the best interest for me to make the team.

“My agent said, ‘But don’t worry, New England just traded a pick, who knows?’ My agent is like this little zen master, Don (Yee). And he goes, ‘Who knows? They could pick you up. I’m not saying anything. I don’t know anything, but who knows?’ Like 20 minutes later, I get a call from Bill Belichick saying — it started off with this guy Berj if you know New England, he’s like this do-it-all. So, Berj, shout out to you, Berj. Bill comes on the phone and goes, ‘Yeah, we don’t know what you’re going to play, but you can play football, so see you in camp.'”

So, if the Patriots hadn’t acquired the pick used to select Edelman from the Jacksonville Jaguars, it’s possible Edelman could be playing — and in a high-profile bromance — with Aaron Rodgers rather than Tom Brady.

The Patriots are looking pretty smart for not only selecting Edelman but not wasting the pick by attempting to use him as a wildcat quarterback. He’s worked out pretty well as a wide receiver, ranking third all-time in postseason receptions with 89. 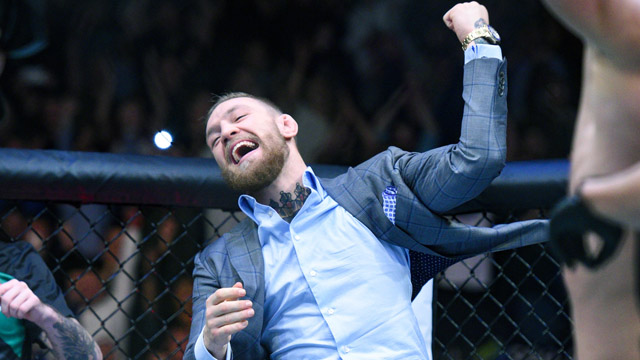 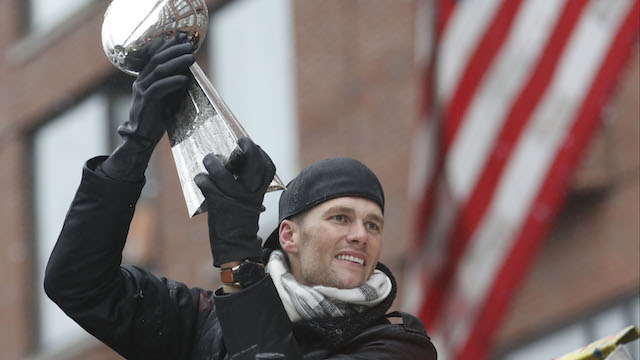