Less than three minutes into the New England Patriots’ Week 14 win over the Baltimore Ravens, ESPN “Monday Night Football” analyst Jon Gruden made a bold claim that had fans rewinding their DVRs to make sure they heard what they thought they did.

Gruden said defensive end Trey Flowers “might be the best defensive player on this team.” Flowers was only five sacks and 14 games into his NFL career. The reaction from fans and writers was a collective “lol wut” since Devin McCourty, Malcolm Butler and Dont’a Hightower also were on the field at the time.

Flowers can pressure the quarterback from inside where he had 7.5 sacks this season and he also can do so from the outside, where he had two sacks. He’s also among the Patriots’ best run-stuffing edge defenders. He was one of three regular Patriots defenders whose net yards over average was positive both against the run and pass, joining defensive tackle Malcom Brown and cornerback Logan Ryan.

He saved perhaps his best game for the Patriots’ 34-28 Super Bowl win over the Atlanta Falcons when he had 1.5 sacks and two quarterback hits from the inside and one sack from the edge.

His first sack came from the edge in an unusual look for the Patriots’ defensive front with 11:32 left in the first quarter. They had Flowers and Rob Ninkovich on the edge, Alan Branch at nose tackle, Dont’a Hightower standing up on the interior and Kyle Van Noy and Jabaal Sheard as stand-up linebackers. Sheard rushed while Hightower dropped, confusing Falcons quarterback Matt Ryan into holding the ball an extra second. Flowers engaged with Falcons left tackle Jake Matthews and worked to his outside shoulder. Flowers slowly overpowered Matthews and kept working to the outside while Ninkovich came from the offensive right to keep Ryan in the pocket. Flowers eventually knocked over Matthews and took down Ryan in one fell swoop for a 10-yard loss. That let Flowers match up with left guard Andy Levitre one-on-one as Hightower took on a double team. Sheard forced Ryan back inside, while Flowers eventually overpowered Levitre. Flowers and Van Noy split the sack by sandwiching Ryan for a 9-yard loss. Flowers’ final sack came from the three-technique defensive tackle with 3:56 left in the fourth quarter. Flowers took on right guard Chris Chester as Branch looped around him to the outside on a stunt. That gave Flowers a double team against center Alex Mack and Levitre. Flowers beat the double team then kept his balance as Mack tried to shove him backward. He eventually shrugged Mack and ripped down Ryan for a 12-yard loss to help push the Falcons out of field goal range. Many believed Sheard would take over Chandler Jones’ old role after the Patriots traded the Pro Bowl pass rusher to the Arizona Cardinals last offseason. Now it seems the Patriots will let Sheard walk as a free agent while Flowers is the Patriots’ premier pass rusher. It wouldn’t be surprising if Flowers was a Pro Bowl selection and All-Pro at the end of the 2017 season.

So, was Gruden right? Might Flowers be the Patriots’ best defensive player? Maybe. Hightower and McCourty have a longer track record, so they might still get the nod over Flowers, but by next season we could be singing a different tune. Flowers’ first full NFL season was a big one. His second full season could ultimately prove Gruden correct. 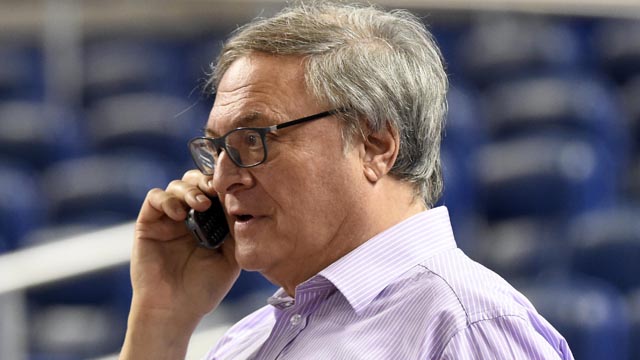 Marlins Might Not Get Sold If Jeffrey Loria Becomes French Ambassador 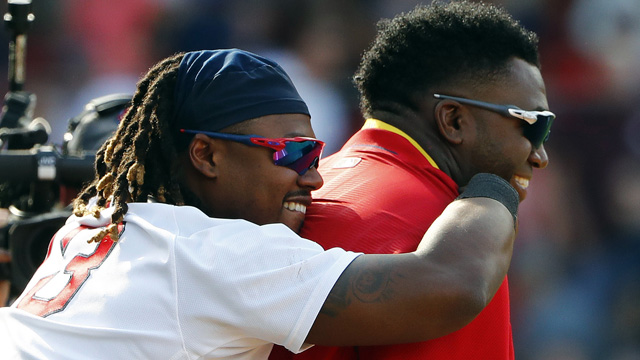