Two of the NFL’s most prolific running backs over the past decade now are looking for new homes.

On Tuesday, the Minnesota Vikings elected not to pick up their option on Adrian Peterson’s contract, and the Kansas City Chiefs released Jamaal Charles, meaning that both will become unrestricted free agents when the new NFL league years begins March 9.

Both Peterson and Charles have dealt with their share of injuries in recent years, but either would be a solid option for a contending team on a short-term deal.

With free agency a little more than a week away, let’s look at the best landing spots for the two veteran backs.

Jamaal Charles
1. Philadelphia Eagles: Eagles head coach Doug Pederson was Charles’ offensive coordinator in Kansas City, and Philadelphia had limited success with a backfield by committee in Pederson’s first year at the helm. Charles’ presence, combined with Darren Sproles and Wendell Smallwood, would make for a capable backfield to take the pressure off quarterback Carson Wentz in his second year in the league.

2. Baltimore Ravens: The Ravens split carries between Kenneth Dixon and Terrance West for the majority of the 2016 season. However, those two backs combined for only six plays of 20 or more yards during the year, so a healthy Charles would give the Ravens a more potent ground option, as well as a dangerous target for quarterback Joe Flacco.

3. New Orleans Saints: Mark Ingram had an up-and-down season before eventually losing carries to Tim Hightower toward the end of the year. If the Saints are going to maximize what is left of Drew Brees’ career, singing Charles would be a smart move.  The veteran back would give the Saints an effective change-of-pace back, as well as a savvy open-field runner, who can move the chains through the air on third down.

Adrian Peterson
1. New England Patriots: The defending Super Bowl champions have two electric pass-catching backs in James White and Dion Lewis, so a power back to carry the load on first and second down could be just what the doctor ordered.  In New England’s dynamic offense, Peterson likely would see running lanes he didn’t in Minnesota, as defenses will have to focus on Tom Brady and the passing game rather than stacking the box to stop Peterson. If LeGarrette Blount can find the end zone 18 times in New England, then what is the ceiling for Peterson?

2. Green Bay Packers: Aaron Rodgers can’t do it alone. And while Ty Montgomery showed flashes of being a serviceable back, he is a wide receiver by trade. If the Packers could give Rodgers a ground game that defenses have to respect, it could make his job that much easier. Plus, Peterson’s ability to chew up yards on first and second down would put the Packers in more third-and-manageable situations rather than third and long, making their offense much more potent.

3. Denver Broncos: The Broncos’ running game was a complete train wreck last season. C.J. Anderson was ineffective, while rookie Devontae Booker showed flashes, but it wasn’t enough to support quarterback Trevor Siemian. If the Broncos continue to go ahead with either Siemian or Paxton Lynch at quarterback, they will need a running back that can soften up the defense and make it easier for their signal caller to get the ball out to their talented wide receivers. 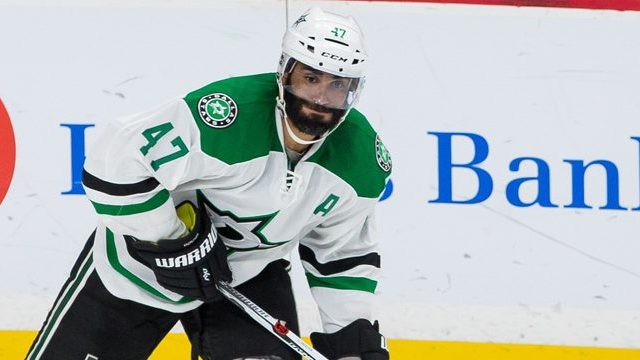 Johnny Oduya Going Back To Blackhawks After NHL Trade With Stars 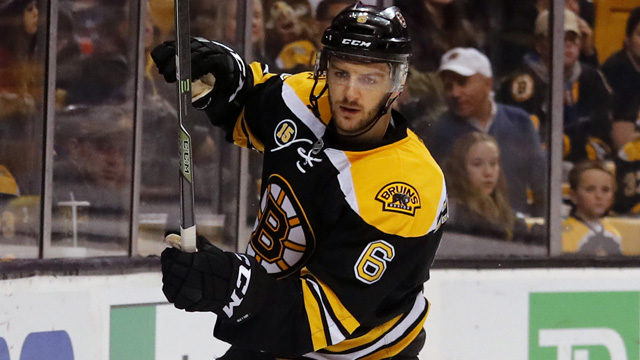