The Boston Celtics still are the No. 1 team in the Eastern Conference, although they certainly had to fight for it Friday night.

The Avery Bradley-less Celtics overcame a 13-point deficit to beat the lowly Orlando Magic 117-116 at TD Garden. That, coupled with the Cleveland Cavaliers’ blowout win over the Philadelphia 76ers, means the C’s still have a half-game lead atop the East.

BAD START, BETTER FINISH
The Celtics didn’t get out to the best of starts, as they trailed 14-6 four minutes in. But they outscored the Magic 25-15 over the final eight minutes to take a 31-19 lead after one quarter. Gerald Green put an exclamation point on the comeback with a buzzer-beater off of a lob pass on the inbounds pass.

Gerald Green with the buzzer beater to end the 1st quarter! #Celtics pic.twitter.com/RE65nI9cbP

Brown and Thomas led the Celtics with eight points each, while Gordon paced all scorers with 10 points in the opening frame.

SLEEPWALKING IN BOSTON
The Celtics once again were sluggish in the second quarter, and they found themselves down by 13 points with 1:50 remaining before the half after a 16-4 Magic run. Boston crept to within six points on a Terry Rozier 3-pointer with 27 seconds remaining, but Nikola Vucevic closed the half with a basket to seemingly make it 64-56 Orlando at the break. Upon further review, though, the refs later added an extra point for the C’s to make it 64-57.

Gordon continued to lead all scorers with 20 points, while Thomas paced the Celtics with 16 points. Horford, meanwhile, had zero points, three turnovers and was a minus-9 through the first two quarters.

HERE COME THE CELTICS
Boston finally appeared to wake up in the third quarter, as they turned a 13-point deficit (72-59) into a one-point lead at 77-76 with an 18-4 run, which Crowder capped with a 3-pointer. Boston held onto that lead by the end of the frame and took a 92-90 lead into the final 12 minutes.

Thomas added 10 more points in the third, bringing his game total to 26. Horford, meanwhile, had a much better third quarter with eight points, while Crowder (18 points) and Brown (12 points) both reached double figures. Gordon upped his total to 30 points.

But the Magic refused to go away. The Celtics went up by as many as nine points (99-92) early in the fourth quarter, but Orlando came roaring back and went back in the lead on two Gordon free throws just about halfway through the frame. But Boston eventually took the lead for good on two Horford free throws late in what was an entertaining fourth quarter. Elfrid Payton had a chance to win it for Orlando, but he missed a tough layup at the buzzer.

PLAY OF THE NIGHT
Gordon is pretty good at this dunking thing, eh?

UP NEXT
The Celtics will play their first game away from TD Garden in two weeks when they travel to Madison Square Garden to face the New York Knicks on Sunday afternoon at 1 p.m. ET. 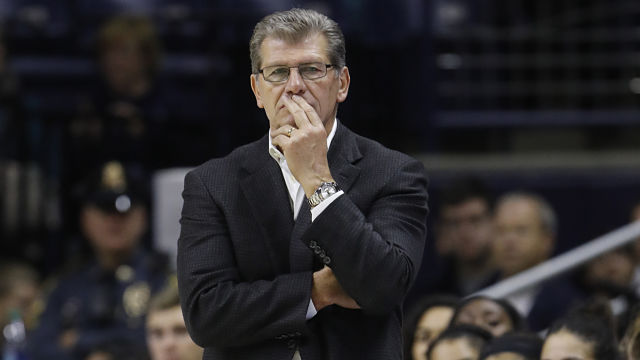