“Why is no one talking about the Miami Dolphins?”

That’s the type of broad, mindless question you might normally see from a New England Patriots fan on Twitter, or hear on your radio waves, either from a listener or unoriginal host, this time of year. But no one is even asking why no one is talking about the Dolphins.

Miami went 10-6, made the playoffs and won nine of its last 11 games last season under first-year head coach Adam Gase. And there’s reason to believe they’ll be better in 2017.

The Dolphins eliminated some dead weight by releasing Mario Williams, effectively trading Branden Albert for Julius Thomas, bringing back Kenny Stills, Jermon Bushrod, Kiko Alonso and Andre Branch, while only really losing tight end Dion Sims, who signed for too much money with the Chicago Bears, in free agency. They also added linebacker Lawrence Timmons and safety Nate Allen and will be getting back safety Reshad Jones, linebacker Koa Misi and center Mike Pouncey, all of whom ended 2016 on injured reserve.

This is usually the time of year when pundits start to rile up Patriots fans by exaggerating the splashy offseason moves made by AFC East foes. The Dolphins didn’t make some orca-sized flop into free agency. They glided through the waves and made seemingly smart decisions.

So, why IS no one talking about the Dolphins?

Because the Patriots are coming off a Super Bowl LI championship, decided their team still wasn’t good enough as constructed and very clearly improved with unexpected splashy additions like Stephon Gilmore, Brandin Cooks, Kony Ealy, Rex Burkhead, Dwayne Allen and Lawrence Guy. Put the Dolphins in any other division, and they’re contenders. Plague them by continuing to make them compete with the Patriots and they’re not even an afterthought.

It’s funny to think the Dolphins, as good as they could be, would win the division over Tom Brady, Bill Belichick, Cooks, Gilmore, Allen, Ealy, Burkhead, Guy and the Patriots. I’m laughing out loud. Hahahaha.

And the rest of the AFC East? Pfffft.

The New York Jets are tanking and no one can or would attempt to convince me otherwise. Their starting quarterback is Josh McCown, they cut multiple useful players and the only real attempt they seemed to make at improving their team came when they had linebacker Dont’a Hightower in for a visit. And that might only have come about because they had some cupcakes lying around their facility with an expiration date nearing.

And the Buffalo Bills, though they have some talent, aren’t set to realistically compete in 2017 under new head coach Sean McDermott. They certainly didn’t have a bad start to free agency, since Rex Ryan wasn’t hanging around trying to win the offseason, but there’s also no reason to believe they improved enough to suddenly make a playoff run after going 7-9 last season.

So, it will be the Patriots standing tall atop the AFC East again at the end of the 2017 season. But the Dolphins at least present a meaningful in-division matchup this season, which is an improvement over recent competition within the Patriots’ division. 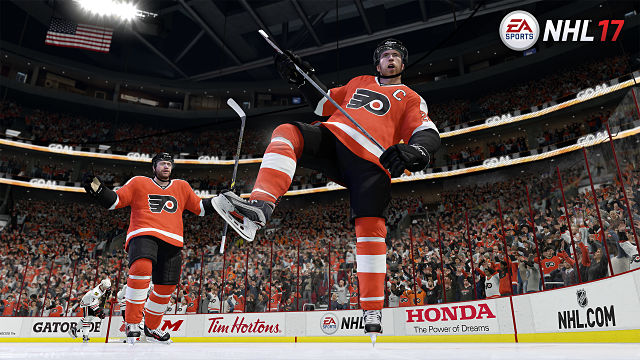