Many people assumed SpaceX CEO Elon Musk would be pleased with a NASA bill recently signed by President Donald Trump, but they quickly learned that’s not the case.

Trump signed a bill into law Tuesday that approves $19.5 billion in spending for NASA over the course of the 2017 budget year, which began Oct. 1, the Associated Press reports. It also amends the goals set in 2010 for NASA’s Mars program to include human exploration.

“For almost six decades, NASA’s work has inspired millions and millions of Americans to imagine distant worlds and a better future right here on earth,” Trump said, via AP. “I’m delighted to sign this bill. It’s been a long time since a bill like this has been signed, reaffirming our commitment to the core mission of NASA: human space exploration, space science and technology.”

Following Trump’s signing of the new legislation, Kara Swisher, co-founder of technology news site Recode, tweeted at Musk. Swisher figured he’d be thrilled about the mention of man stepping foot on Mars, but that apparently couldn’t be farther from the truth.

@karaswisher Perhaps there will be some future bill that makes a difference for Mars, but this is not it.

SpaceX already is working closely with NASA to develop its Falcon 9 rocket and Dragon 2 spaceship that will be used to make an average of four trips per year to the International Space Station. The company also says it has deposits from two tourists to take a trip around the moon in 2018.

Musk serves on Trump’s economic policy advisory forum, but this isn’t the first time he’s criticized the president’s policies. In fact, he said the main reason he’s on the forum is so he can voice his concerns directly to the commander in chief. 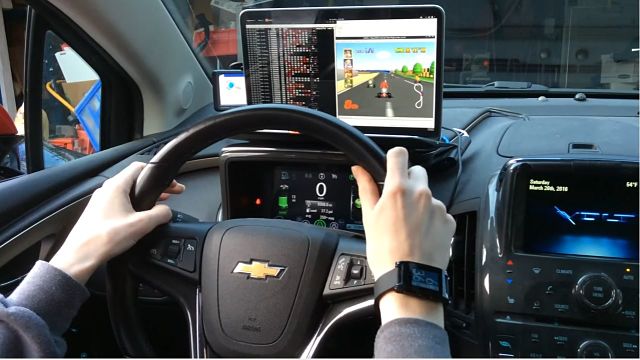