College basketball fans are in for a treat Sunday night when No. 1 seed North Carolina takes on No. 2 seed Kentucky in the Elite Eight with a berth in the Final Four at stake.

These might be the two best teams remaining in the 2017 NCAA Tournament, but only one of these basketball powerhouses will leave FedEx Forum in Memphis as South Region champions.

Keep it right here for live score updates, highlights and analysis with our Kentucky vs. UNC live blog.

Kentucky turns the ball over and North Carolina wins. UNC is going to the Final Four, where the Tar Heels will play Oregon.

No. 1 North Carolina returning to national semi for 2nd straight year after 75-73 win over No. 2 Kentucky. pic.twitter.com/gSmMyWlSpG

Wow! What a sequence.

Second half, 0:34, 73-70 UNC: A 5-second violation by the Tar Heels and a 3-point shot by Malik Monk on the ensuing possession trimmed UNC’s lead to one, but Justin Jackson raced down court for an easy basket off the inbounds pass. A chaotic scene, to say the least.

Second half, 0:53, 69-64 UNC: Kentucky doesn’t score on back-to-back offensive possessions and now UNC is at the free throw line.

Second half, 5:03, 64-59 Kentucky: Isaac Humphries has scored five straight points to open up Kentucky’s largest lead. His 12 points are a career high.

Second half, 8:43, 55-51 UNC: Edrice Adebayo is keeping Kentucky in the game with 10-second half points. He just threw down his second dunk of the half.

This game has been turned up to 11. #Elite8 pic.twitter.com/PxfZFRIGKy

Both teams still are struggling from beyond the arc, though. UNC is 3-for-11 from 3-point land, while Kentucky is 4-for-14.

Second half, 14:35, 45-39 UNC: Kennedy Meeks extends North Carolina’s lead by hitting one of two free throws. He went to the line as a result of an offensive rebound. Meeks has dominated the glass all game and leads all players with 14 rebounds.

Second half, 15:47, 43-39 UNC: Justin Jackson hits a 3-point shot and was fouled. He hit the free throw to complete the four-point play. Malik Monk picked up his third foul, too. Foul trouble has been a problem for Kentucky all game.

Second half, 17:20, 39-38 Kentucky: A quick 6-0 run has given the Wildcats their first lead. Edrice Adebayo has the last four points for Kentucky.

Second half, 20:00, 38-33 UNC: De’Aaron Fox starts the second half for Kentucky. The freshman point guard got off to a nice start offensively but missed most of the first half after picking up two early fouls.

North Carolina turned the ball over three times and didn't score during the last 3:26 but still holds the lead. #Elite8 #UKvsUNC pic.twitter.com/pLx8NIIju3

First half, 0:03, 38-33 UNC: De’Aaron Fox entered the game for the final 17 seconds of the half. He drove to the basket but lost the ball at the rim while going up for a layup, and the buzzer sounded. Kentucky fans were screaming for a foul, but it looked like a clean steal by the Tar Heels.

First half, 0:45, 38-33 UNC: Kentucky is getting stops at the defensive end of the floor, but it can’t cash in offensively. The Wildcats have missed eight straight shots, including their last four 3-point attempts.

First half, 3:39, 36-30 UNC: Justin Jackson (10 points) and Joel Berry II (nine points) are leading the way for the Tar Heels. They’re the only UNC players with more than four points.

Monk drills the 3 and now Kentucky has made four buckets in a row! #Elite8 pic.twitter.com/xKvR4kvjTi

First half, 5:53, 31-24 UNC: Dominique Hawkins leads Kentucky with 10 points on 3-for-3 shooting off the bench. De’Aaron Fox hasn’t come back into the game since picking up his second foul.

First half, 7:05, 27-19 UNC: Kentucky big man Edrice Adebayo missed at the rim on one end, and then Justin Jackson came down and hit a deep 2-point shot to give the Tar Heels their biggest lead. UNC has all the momentum right now.

First half, 11:55, 24-18 UNC: The Tar Heels’ interior defense, which includes three blocks, has been solid so far. Here’s a good example.

First half, 11:55, 16-13 UNC: De’Aaron Fox has a team-high five points on 2-for-3 shooting, but the rest of the Wildcats are 2-for-7 from the floor. Unfortunately for Kentucky, Fox now has two fouls and is on the bench. He’s the third player — first for Kentucky — already with a pair of fouls in the first eight minutes.

First half, 13:30, 16-11 UNC: Joel Berry II is walking toward the UNC locker room with an apparent injury. Seventh Woods also picked up his second foul on a reach-in, and he’ll sit on the Tar Heels bench for a while.

First half, 16:30, 9-5 UNC: Theo Pinson, who leads UNC with three points in the early going, is forced to exit after picking up his second foul.

First half, 18:50, 2-0 UNC: Isaiah Hicks opens the scoring for the Tar Heels with a nice dive to the basket and an easy layup.

4:53 p.m. ET: The winner of UNC vs. Kentucky will play Oregon in the Final Four. The other Final Four matchup already is set. 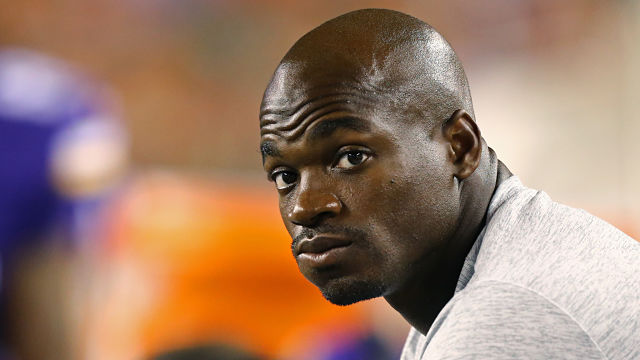 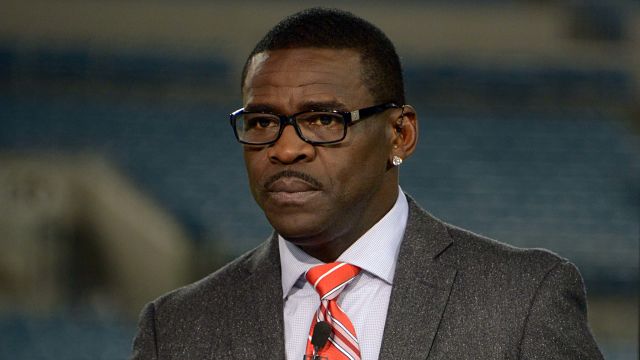